You are here: Home / Tech & Science / Fish Watch Each Other’s Back 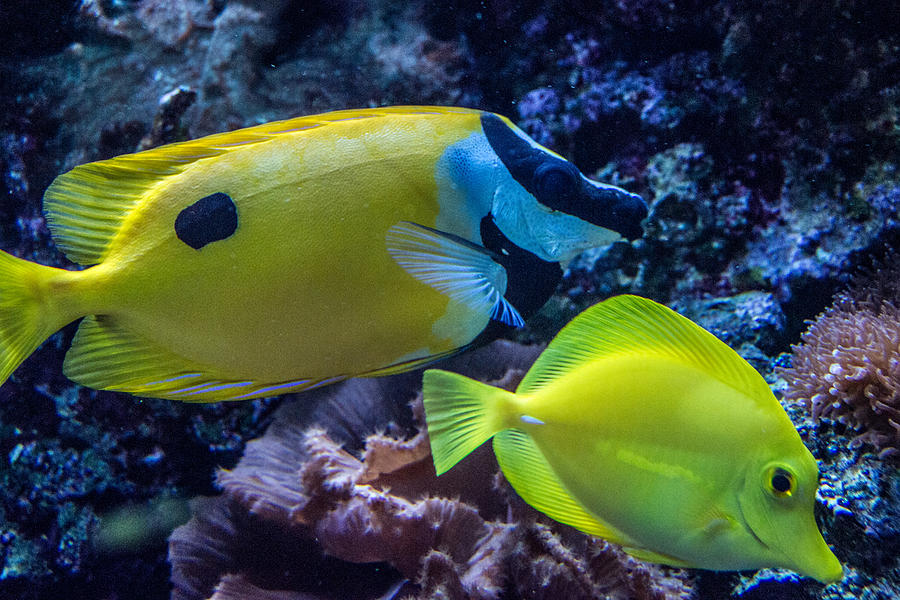 Rabbitfish pairs watch out for predators while the other is feeding.

It’s a dangerous world out there, so grab a buddy. The advice was executed, apparently, when researchers found that fish watch each other’s back while hunting for food, a practice that was once thought to be strictly solitary for the water dwellers.

Researchers at the ARC Centre of Excellence for Coral Reef Studies have investigated the social behavior of pairs of rabbitfish and found an unseen before sense of camaraderie that wasn’t thought possible for a generally unsocial and unintelligent species. In fact, their coordination was quite touching and actually successful.

According to one of the researchers, Dr. Simon Brandl, this type of behavior is so far unique in fishes, and it implies quite a lot of social skills and reciprocity for something like this to work. It’s a behavior only common in humans, some mammals and a few species of birds, but not fish, who were thought to be cold and solitary creatures.

However, during their research they found that pairs of rabbitfish actually look out for each other. While one of them is foraging through the floorbed or coral reef in search for food, the other adopts a near upright position in order to look around for predators.

Fish are highly vulnerable while hunting for food, especially since it often implies sticking their heads in crevices and impairing their vision.

But, apparently, their buddy has their back and it’s keeping an eye out in case something dangerous approaches. According to the researchers, rabbitfish who travel with a friend actually perform “consecutive bites and penetrate deeper into crevices” than solitary fish, with the knowledge that someone is looking out for them.

It has been an ongoing debate among researchers if this type of reciprocal cooperation exists in animals that do not possess the highly advanced cognitive and social skills necessary. This particular study has shown that it is indeed possible, even for creatures who were thought to be “cold, unsocial, and unintelligent”, according to Dr. Brandl.

It’s quite an exciting discovery for the science community, since this could possibly change the way they regard and study fish. They are commonly known as not being the sharpest tool in the shed, but some of them have displayed complex social lives.

They have found other species, such as the cleaner wrasse fish who essentially calm others down by performing a massage of sort, rubbing back and forth between their pelvic and pectoral fins.

However, standing on guard implies an entire array of social skills, especially since it involves reciprocity and watching out for each other instead of just one gaining from the partnership while the other submits.