You are here: Home / Technology / First Look at Ford’s 2016 Mustang 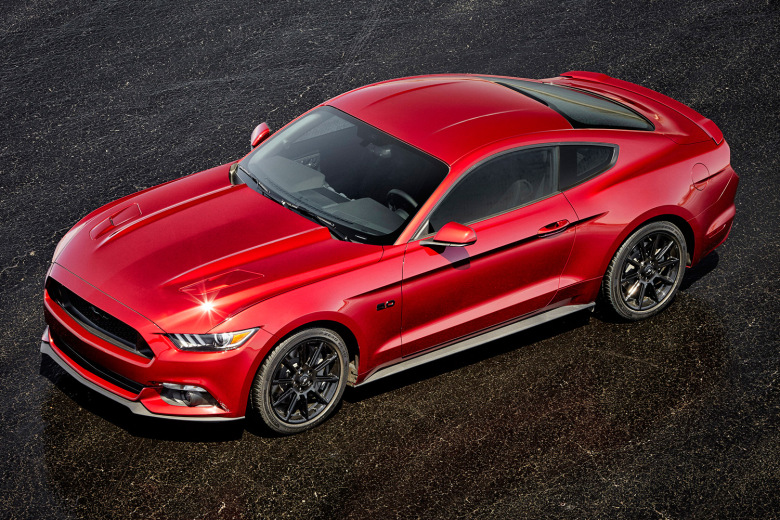 Analysts have taken a first look at Ford’s 2016 Mustang EcoBoost Premium Convertible and concluded that it is one of the most reliable vehicles of the car maker. Buyers can upgrade their models with new functions and options, depending on how much they are willing to spend.

Customers have already been introduced to Ford’s 2016 model of Mustang and critics have all been favorable, so far. Much like in the case of the previous model, the interior components have been designed with the sole intention of offering users increased comfort.

Yet, the convertible model cannot fulfill the space requirements that all users need, particularly for the back seats. These are more appropriate for children as the space between the front and the back seats is too little. Adults can travel, too, in the back seats, but only on short distances; otherwise, they could get tired when staying therein for too long.

Most of the buttons and functions were placed at hand to make it easier for the driver to access them. Ford has never failed in delivering comfortable and silent cars. The 2016 convertible model is in keeping with their car producing tradition in that it has been well sound-proofed and the vehicle is always silent on the road.

The top can be easily converted by the push of a button. Unlike other convertible prototypes, Ford’s new Mustang features a real button instead of a touch-based control for this command. It is not yet clear to us why the company chose this particular button, but we assume they wanted to make the process much more precise.

Producers wanted the new Ford Mustang to be faster than the previous models. For this reason, they have tested the EcoBoost Premium convertible multiple times in the wind tunnel. The result: a much more aerodynamic shape that allows the car to reach naught to 60 in just 5.2 seconds.

Yet, the use of heavy components hinder the vehicle, but Ford is not willing to make compromises and replace traditional materials with lighter alloys. The EcoBoost weighs 3,500 to 3,700 pounds, according to producers.

The standard model comes with 300 horsepower and V6 engine configuration. Customers, who want an upgraded version can choose the 435 horsepower 5.0-liter V-8 vehicle. Depending on their choice, they will pay different prices, as well. Three price ranges of $30,125, $35,625 and $42,625 are available for customers who want to purchase the V6 Mustang Convertible, the EcoBoost Premium Convertible or the GT Premium Convertible.