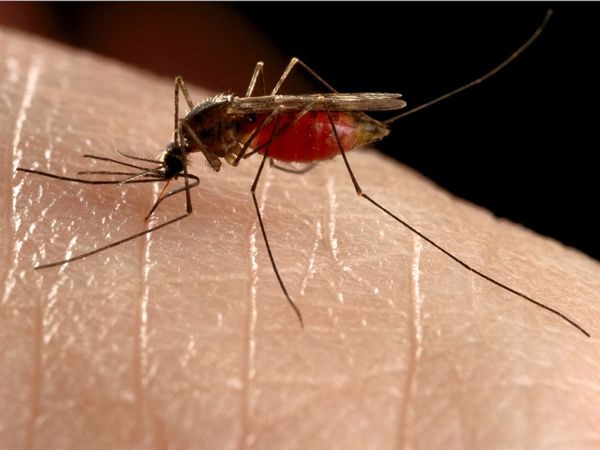 The Arctic mosquito population will rise and the caribou numbers will fall in consequence.

There is good news for at least one type of insect, because climate change will boost Arctic mosquito population who thrive in the warming temperatures and increases their survival rate and hatching time.

The rising temperatures undoubtedly have a strong impact on all ecosystems, and it’s important for researchers to understand the response displayed by wildlife and insects in order to better develop preventing measures. Or at the very least, know what’s coming. By observing one change, it paints a clearer picture on how the rest of our environment will act as they are all in careful and dependant relationship to one another.

Researchers at Dartmouth University, at the Institute of Arctic Studies, have assessed data drawn from 2011 and 2012 to observe what the future holds for a particular type of mosquito and its main food source alike.

The Arctic mosquito (Aedes nigripes) will be one of the insects that will see to advantages due to the warming temperatures around Greenland. They are bigger and furrier than the common mosquito most of us know throughout the United States, and it turns out that the nuisance will benefit from climate change and that will further harm the population of the Porcupine Caribou.

According to lead author of the study, Lauren Culler, the mosquitoes will also “absolutely bite people”, and are active during any time of the day. Meaning, there is no break from these bloodsucking pests if you find yourself within the Arctic during mosquito season. It’s enough to “drive a person mad”. With warming temperatures, it’s now worse than ever.

The team of researchers found that for every 1oCelsius in temperature rise, the mosquitoes need 10% less time to emerge from tiny hatchlings to full-blown blood-seeking adults. And, naturally, with quicker maturity comes a larger population due to the fact that more of them will get the chance of reaching adulthood.

As much as a 2oCelsius rise will increase their chances of survivability by 53%, due to the longer “summers” when they tend to hatch. While this is good news for the mosquitoes, and the birds that feast on them, it’s terrible news for the Porcupine Caribou, which is their first choice for a blood meal. In fact, the caribou often center their lives around the need to get away from the Arctic mosquito.

The caribou are found in two Canadian national parks, and the Arctic National Wildlife refuge, in a herd that is estimated around 100,000. They are already endangered due to the rising temperatures and the possibility of oil drilling companies to expand upon their shores, but mosquito season is also coming to get them.

The peak of their time coincides with birthing season for the caribou due to climate change, so the herds are being met with the pest when they are at their most vulnerable. They could further trim down the population with not only their ability to kill their young, but also due to the fact that they push the caribou in higher and windier areas where there’s less food.

The only good news is that, if temperatures continue to rise as fast as they have been until now in the Arctic, hatching season for the mosquito might come even earlier, so most of them will die before breeding season comes around for the caribou.