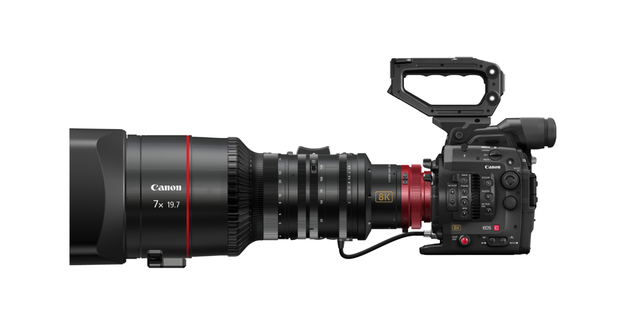 The model will not be commercialized, it is only meant to show Canon’s technological capabilities.

Even though the company has no intentions to commercialize it, Canon has created new 120-Megapixel DSLR camera. The project was first alluded several years ago, but it was only this month that developers have managed to complete it.

The new 120-megapixel DSLR camera has highly advanced capabilities if we were to compare them with previous models. The EOS 5DS and the 5DS R prototypes feature only 50.6 megapixels and yet, it is a valuable weapon for all photographers all over the world. They were, in fact, described as having world’s highest resolution, but this is nothing compared to what the 120-megapixel camera can do.

Canon has further stated that this model of DSLR camera is compatible with 60 and 96 lenses from the company’s EF collection. In addition to snapping highly accurate photos, the 120-megapixels DSRL allows users to print poster-large images. Files will have a 232MB size, that is, almost four times the 60.5MB size of the RAW files taken by 5DS.

Developers have stated that the new invention is the result of the work they have conducted since 2010. They then created the first 120-megapixel sensor as part of a challenge and the technology was later on used for the development of the current prototype. Neither the first sensor, nor the new DSLR camera will be commercialized because the model was only created to prove customers that Canon products are capable of unprecedented high-definition imaging.

Canon has made another announcement in relation to the DSLR cameras they are developing. The company has also presented their first 250-megapixel sensor for extreme-resolution imaging.

According to their official declaration, the sensor has been provided with a 19,580 x 12,600 APS-H CMOS sensor. The latter is capable of spotting the letters on an airplane from a distance of approximately 18 kilometers. For this reason, Canon has set a new world record in image resolution.

The APS-H sensor could be used for the EOS-1D collection of DSLRs. It is capable of snapping pictures at a speed of 1.25 billion pixels per second, developers have explained. If the sensor is integrated on a camera, the latter could take videos that are 30 times sharper than the latest 4K technology.