You are here: Home / Tech & Science / Bumblebees Have Learned to Adapt to Global Warming, But For How Long 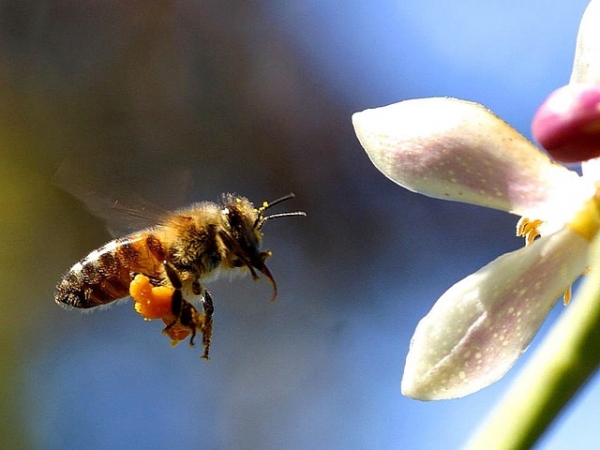 Bumblebees have proven us they can resist harsh environmental conditions.

New researches indicate bumblebees have learned to adapt to global warming, but for how long? Researchers at the University of Missouri and the State University of New York have discovered that bumblebees on the Rocky Mountain have shorter tongues than they used to have 40 years ago. And this all because flower species in the region have changed, too.

Over the course of years, scientists have established that climate changes and global warming have caused significant changes within the U.S. population of bumblebees. The most recent study indicates that bumblebees have learned to adapt to global warming in order to survive global warming.

The bodies of modern-day bee species present altered features, such as, shorter tongues. This change was identified among bumblebees on the Rocky Mountains. The latter lost many of the flower species they used to feast themselves with, so the longue tongues were no longer useful for them.

Long-tongued bumblebees required far more energy to maintain their balance while flying. Once they arrived at the flowers, the buzzing-workers realized they could no longer collect pollen because the flowers were much smaller in size. Thus, they ended up with smaller tongues, which are far more appropriate for the new environmental conditions.

The physical change occurred, according to scientists, in the past 40 years or so. The same evolution was noticed among flowers, too, prompting scientists to say that global warming is their truly common factor. When comparing weather data, researchers found out that temperatures in the region have gone up by 3.6 degrees since the 1960s.

Based on this new finding, scientists have once again stressed the importance of environmentally-friendly measures that can protect and prolong the life of many species on Earth. The study is also important because it is the only scientific endeavor to indicate real physical changes occurring in bumblebees. Similar alterations could be observed among other species, if scientists continue to investigate.

On the other hand, we should rejoice that bees can immediately adapt to changing environments and, thus, resist new conditions. This proves that bumblebees are much stronger than we consider them to be and that they might survive even harsher conditions.