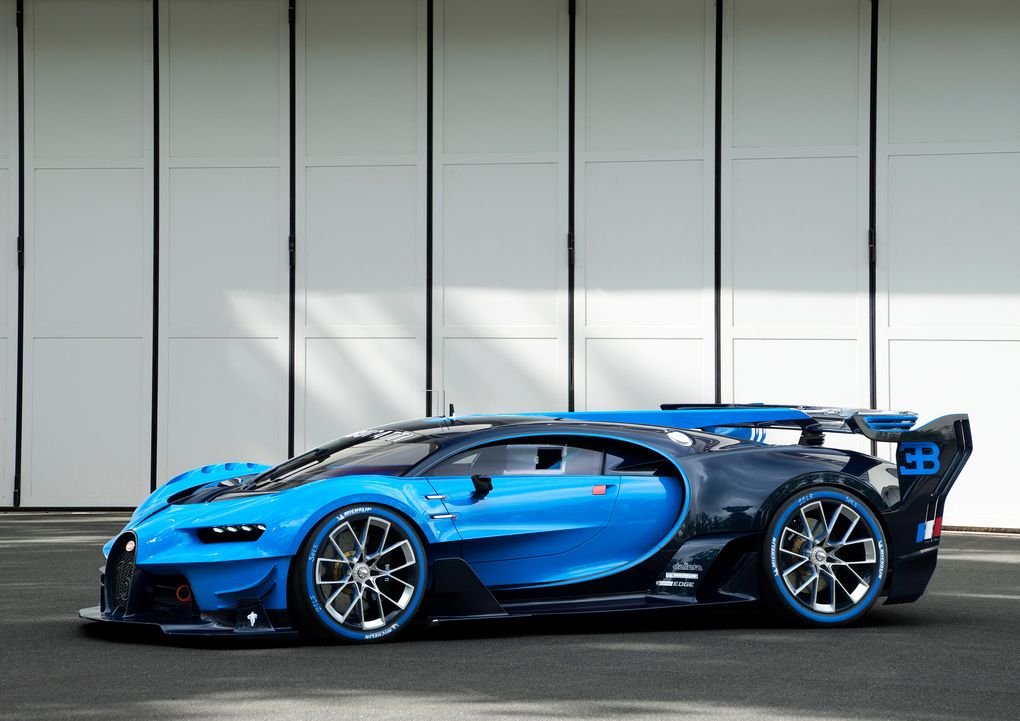 Inspired by the game with the same name, Bugatti’s new Vision Gran Turismo marks the beginning of a completely new era in the history of the car maker.

This September, Bugatti shows off virtual-reality car Vision Gran Turismo during the motor show in Frankfurt. The concept has long been awaited by fans, who were hoping the car maker would introduce other prototypes besides their already familiar Veyron model.

Bugatti’s new Vision Gran Turismo, the vehicle inspired by Sony’s equally named game for Play Station, has captured everyone’s attention during this week’s show in Frankfurt. The metallic blue model is identical to the car in the game, but it is capable of taking part in real car races.

Car lovers have buzzed around Bugatti’s new artwork because Vision Gran Turismo sports many features that will be used on their future models. Yet, this is nothing compared to what fans should expect to see when the new vehicle is released by the end of 2017.

According to Bugatti’s representatives, the idea behind the Gran Turismo concept is to completely break with the company’s history. The car maker is set to add as much technology and power to its future cars to make Veyron seem outdated.

The 16-cylinder configuration of the engine clearly indicates that Gran Turismo is a racing car. This prevents the lag that most powerful cars experience at start and makes the vehicle a lot faster than most racing prototypes at present. Topped with many carbon-fiber components and an aerodynamic shape, Bugatti’s Gran Turismo model is expected to cut a dash on the racing track.

The producer has further added that the maximum speed limit that has been foreseen for their new model is 400 km/h. The horsepower of the new model has seen several improvements compared to Veyron. Gran Turismo is packed with 1,400 horsepower, the car maker has explained.

As expected, Gran Turismo will feature advanced technology that will most likely be inspired by the concept in the virtual reality game. The car maker did not reveal other details in relation to their 2017 vehicle, except for the fact that it will signify the beginning of a new direction in the company’s development.