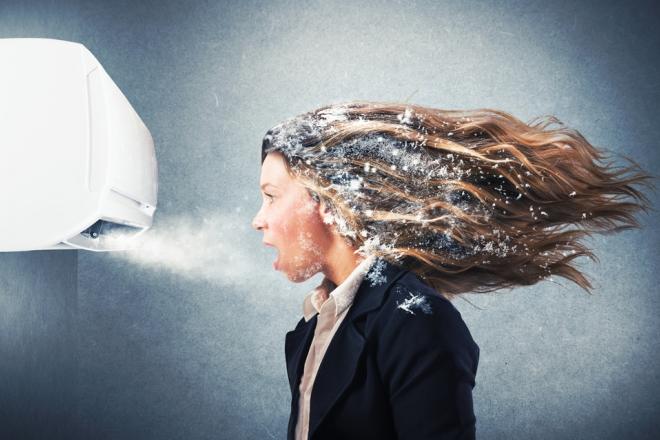 Fanger’s recommendations for offices are no longer valid, according to the new study.

In spite of sustainers of gender equality, history has proven once again that men and women are built differently and these differences should be accepted and accounted for. Based on recent findings, women feel colder at work than men, scientists blame sexiest formula for office setup.

The research was conducted by the Dutch investigators Boris Kingma and Wouter van Marken Lichtenbelt, who first read the recommendations of engineer Ole Fanger for the achievement of the best thermal conditions within office spaces. According to Fanger, various criteria have to be taken into consideration to ensure the best working conditions for employees, such as, humidity, ventilation and temperature.

As complex as this system was in 1970, recent analyses indicate that it is somewhat outdated as not all employees feel as comfortable as they should once these criteria have been applied. Women, particularly, are the ones, who suffer the most, which led scientists into stating that the system was conceived primarily for men. This makes a lot of sense, considering that the percentage of female employees was much smaller than the one of the males back in the 70s.

Yet, Fanger may not have intentionally designed his system this way; he may not have been aware of the fact that women feel temperatures differently. The Dutch investigators have explained that body mass index and height are usually responsible for the manner in which individuals perceive temperatures.

Recent findings suggest that shorter and slimmer individuals will most likely feel colder than their higher and more robust colleagues. Following the same pattern, Asian employees are more likely to perceive lower temperatures as colder than they actually are because they are smaller than Caucasian employees, researchers have concluded.

These findings have been labeled as incredibly important because such criteria must always be taken into consideration to enable workers to have the best results. Kingma and Lichtenbelt have further stated that people who work with their hands require warmer working environments because previous tests have proven that manual dexterity is better at 32 degrees Celsius.

While the best formula for the ideal office temperature has not been found yet, researchers have, nonetheless, managed to find a significant discovery. The difference between the indoor and the outdoor environments must not be very big in order for employees to be fully active. Setting up too cold temperatures in the summertime and, vice versa, too warm temperatures in the winter will only increase workers’ discomfort, the Dutch researchers have stated.