You are here: Home / Tech & Science / The Venomous Headbutt of the Spiky Faced Frog 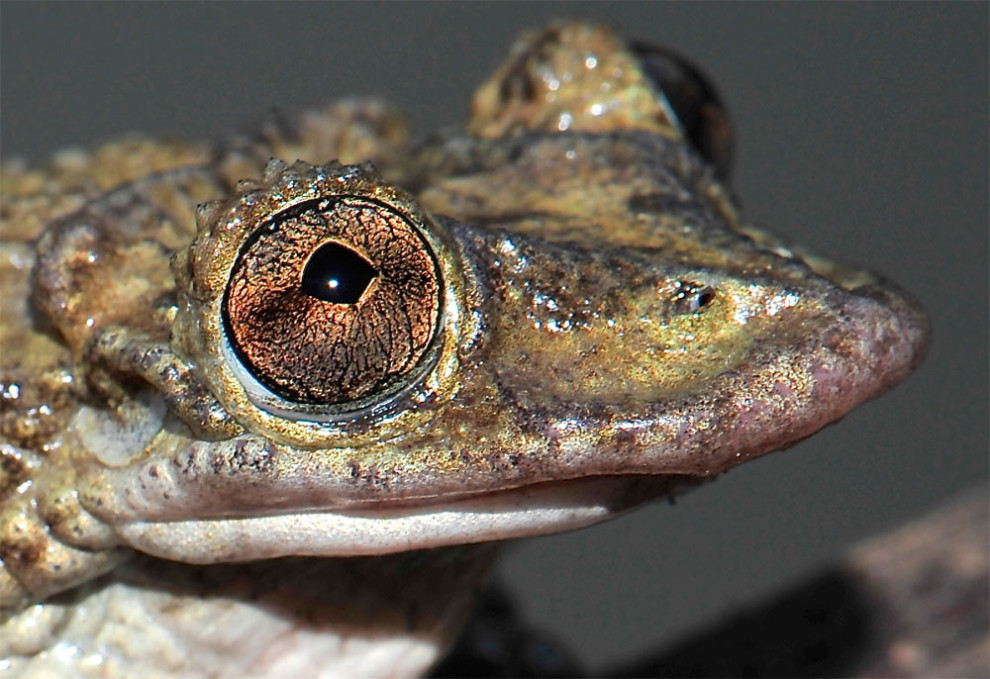 This frog looks harmless enough. But it isn’t. At all.

You might think that frogs are the least you have to worry about in a forest full of snakes and other venomous things that are out to get you. Well, think again. It seems that the venomous headbutt of the spiky faced frog is extremely dangerous and possibly lethal.

Though the spiky face frog is not a name to be remembered and some of the more scientific ones reading this might disapprove. So, the official name of the villain is Greening’s frog, or the casque-headed tree frog. Fancy sounding name, right?

With a name like that, you’d expect something venomous. But Carlos Jared didn’t. The author of this latest study which as uncovered this information was actually stung by this noxious creature – although stung would not be the correct term to use. He was wandering through the frog’s natural habitat, when he saw one and picked it up.

Big mistake. Next thing he knew, the creature was headbutting the palm of his hand in a frantic, thrashing manner. Not understanding the strange behavior of the frog, Jared let it down and went on. Soon though, he began experiencing intense pain in his hand, which soon enough started to radiate throughout his whole hand. The torture lasted for five whole hours. Carlos was about four hours too far from any city, so the only thing he could do was grind his teeth and hope it would pass.

Greening’s frog was described or the first time back in 1896. Its skull is basically a plate mail fused out of several layers of bone and its skin. This gives it its distinctive flathead shape. Further down, near the lip area, the frog’s skull has wicked spikes that can easily sting just about any predator trying to eat it.

But what happened to Jared? Well, the frog has a self-defense mechanism. It can secrete a white toxin from the pores in its skin and then headbutt its victim so that it poisons it. Jared was extremely lucky though to only get a few hours of pain. His research shows that if he were to swallow the white goo, it would have been lethal.

Jared tested the toxin on mice and found that it is as much as twice as dangerous as a bite from the most venomous vipers in the area. The fogs lives in the dry forests of Brazil, and it’s easy to see why it would need extra protection. The unique shape of its skull even allows it to stay wet when water is scarce.

So, still think frogs are harmless?