You are here: Home / Tech & Science / The Larger Lineage of Lager Beer 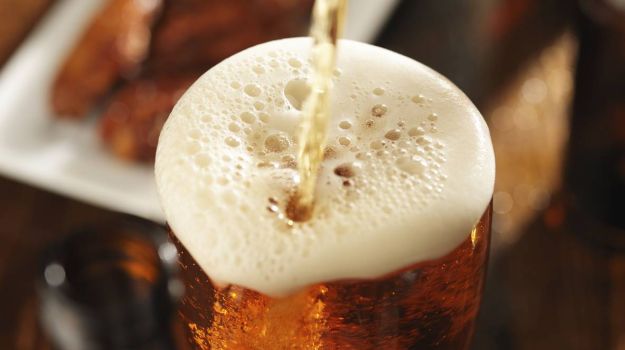 There might now be a clear answer to why German beer is so good: centuries old tradition.

A team of scientists is believed to have uncovered the larger lineage of lager beer. It seems that people brew beer long before we ever knew the exact process involved. Get a pint or two, this story might take a while to explain.

The research squad, based at the University of Wisconsin-Madison, are trying to figure out – via DNA genetic analysis – what the origins of the modern beer are. For this, they used the method above on a specific type of yeast that was only recently discovered by the same team.

Led by Chris Todd Hittinger, the researchers set out many years ago to find the lineage of modern lager beer. To solve this mystery, they needed to effectively circle the globe for answers. You see, for centuries before the invention of modern beer, people used to brew lager using the same yeast that was used to make bread, or other yeast-needing products. Specifically, Saccharomyces cerevisiae, if you mean to know exactly.

But something happened along the way and in the 15th century, in Bavaria, a few monks managed to make another type of beer. This one could be brewed even in cooler temperatures, and they could use a sort of hybridized yeast. Yet, ever since these findings occurred, nobody knew for certain what this yeast was and how they managed to get it.

It may seem like Hittinger and his team were looking for a needle in a haystack, and indeed they were. And surprisingly, the needle, or yeast, was found in one of the most unlikely of places: the cold Patagonia. Specifically on the sides of the beech trees found there.

This was back in 2011. Now, Hittinger and co. have finished the DNA analysis of the samples and have found some interesting results. Their research was published in the Molecular Biology and Evolution journal. Needless to say it was one of the more entertaining studies to appear in the scientific journal for a while.

The research did not answer the biggest question of all: how did 15th century monks get a hold of this particularly rare yeast? Up until now, the researchers have not found a single sample of it throughout Europe. They have, however, found samples in their home Wisconsin and in China.

Through this thorough analysis, the team found that the two types of modern beer, Fohberg and Saaz, have evolved completely separate from one another, while they also uncovered signs of domestication in this yeast after its constant usage by humans.

The research will continue, Hittinger says, as he hopes to find out why and how it got to Bavaria, and try to apply their findings to ecofuel, in the hopes of making it more efficient.