You are here: Home / Tech & Science / The Changes in the Flight of the Bumblebee 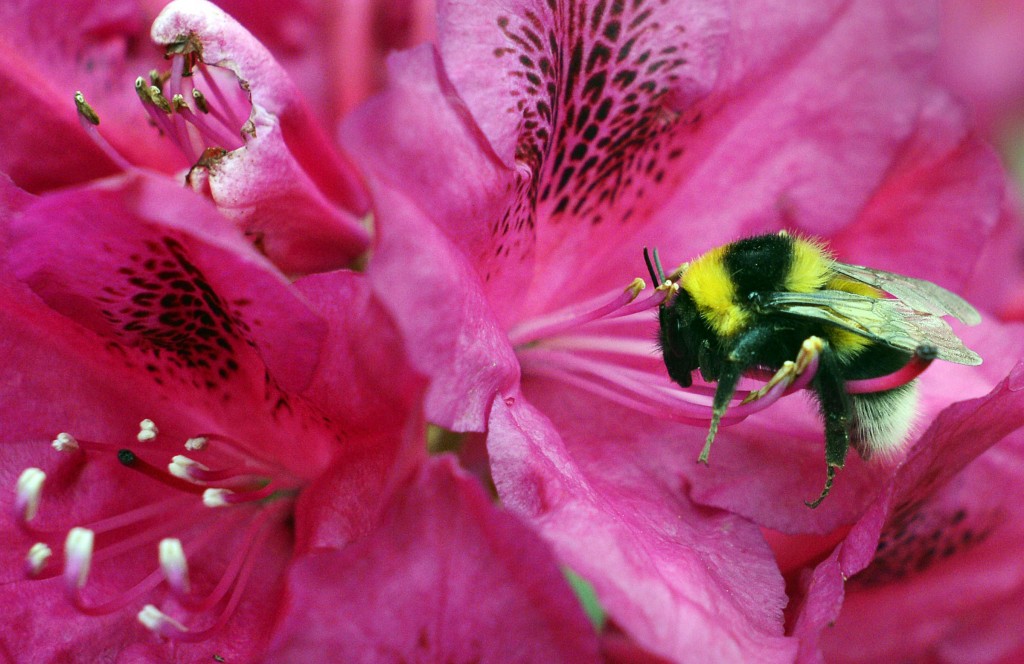 It may seem like the changes in the Flight of the Bumblebee are complex, but the actual flight of the insect is even weirder. Scientists have recently analyzed the ways in which the scariest of the bees flies, and it seems that it’s more varied than we thought.

They have two flight modes. Just like many man-made flying devices. They are ingenious, as one offers more stability, while the other more maneuverability. Just like a jumbo-jet compared to a fighter-jet. You may think that they are scary either way, and might want to stay away, but these scientist did quite the opposite, and got closer.

The Proceedings of the National Academy of Sciences published a study this week which presented the minute but extremely important changes in the flight pattern of the insect. These changes are brought about by the nature of the payload that the bee is carrying.

It seems that if the bumblebee is delivering nectar to the hive, it will have a better maneuverability coefficient, while the pollen must be transported with far greater care, so, naturally, the bug flies so as to increase its stability in the air. This is mainly due to the fact that, while the nectar is being carried in its abdomen – as the insect swallows the nectar – the pollen is taken by its long legs.

Even you yourself could at some point have observed the differences in flight. While you might not have seen exact differences, you may have realized that the position of the bee’s legs is, in some cases, strange. This is probably due to the fact that it was carrying pollen. You may have noticed that in that case, the insect was also abnormally slow and hesitant.

To get to these results, the researchers from the RMIT University, led by Dr. Sridhar Ravi, put 14 different bees in a wind tunnel and simulated a flower for the insects to land on. Then, they arranged different conditions for the insects and observed the results.

The last of the experiments implied both turbulent winds as well as a moving flower. Suffice to say that neither of the bees fared too well. This is an interesting study that gives important insight into the lives of bumblebees, and of hive bees in general.