You are here: Home / Tech & Science / The Cape Parrot Is another Species 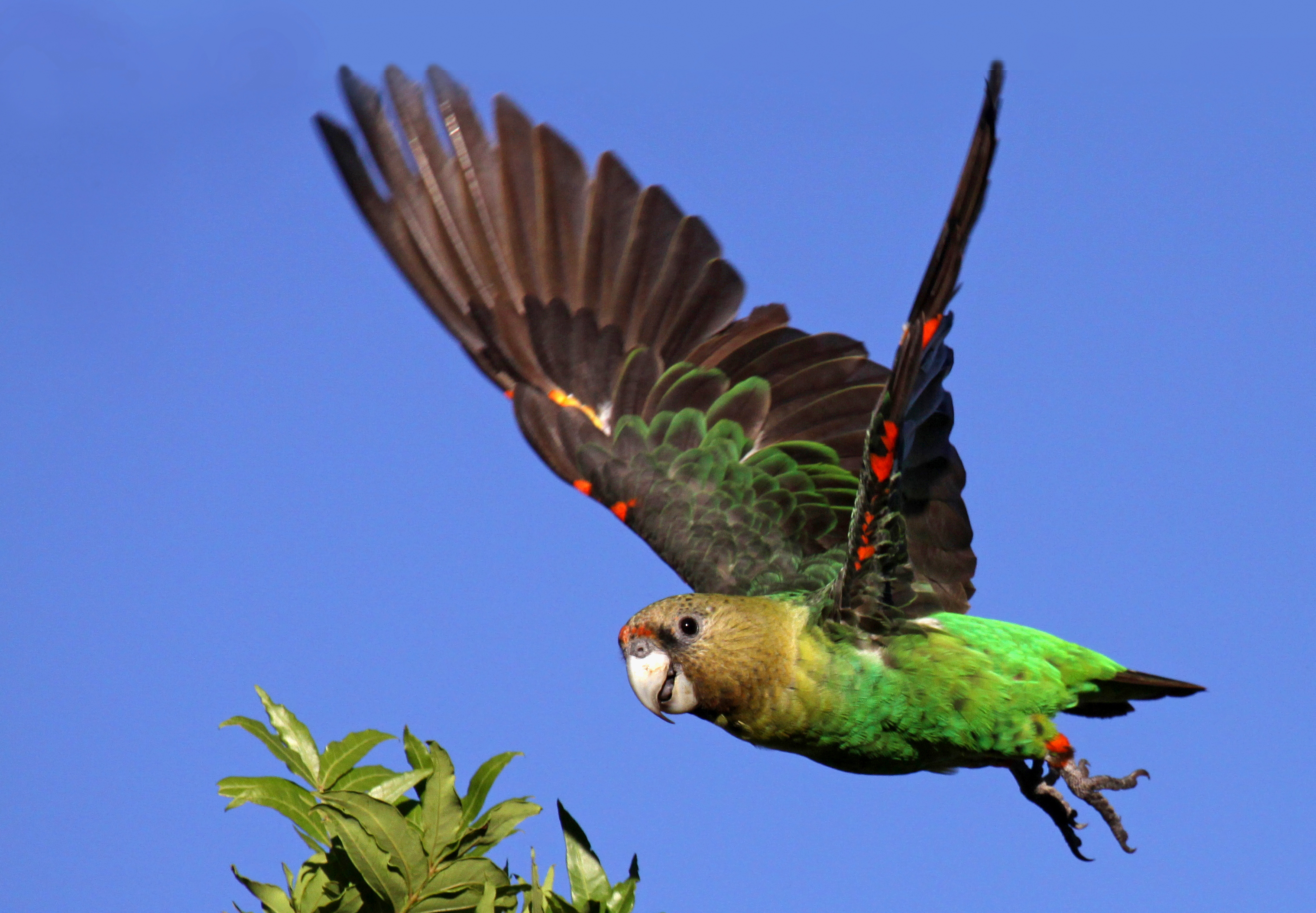 The Cape Parrot, if found to be another species, is threatened and endangered.

This talking bird cannot talk its way out of this one: the Cape Parrot is another species of parrot. A team of scientists has looked deeper into the DNA of this colorful little bird, and has uncovered new evidence pointing to the fact that it does not correspond to any known existing species.

Up until now, the bird was considered to be one of the brown-necked parrot’s subspecies, yet a bundle of scientists had been saying that this is not the case, and that it is in face a totally different parrot. However, the authorities involved had not accepted the premise on account of too little research on the matter.

Well, now the research is here.

And fortunately, it’s more than thorough enough to be considered by the Birdlife International organization.

The concrete evidence presented by this most recent study says that the parrot had split up from the brown-necked parrot a long time ago. About two million years. It has since become its very own species, with a slightly distinct color combination. Besides DNA analysis, one of the main arguments in favor of the Cape Parrot being a different species altogether is the fact that that it prefers to hang out in Afrocarpus and Podocarpus forests situated in the southern part of Africa.

Previous research has shown, however, that even within Poicephalus robustus (the official name of the cape parrot) there exist variations not only in habitat, but also in body shape, plumage pattern, morphology, and vocalizations. These findings have thrown aback the process of declaring the cape parrot as separate from the brown-necked parrot.

Willem Coetzer, working for a doctorate at the KwaZulu-Natal University in South Africa, has led the research to sample and analyze the DNA of this parrot, in order to clarify all this contradictory information that has been put forth about it.

In their effort to brand the cape parrot a new species, they argued for the protection of the parrot as being of a different lineage. If the authorities validate Coetzer’s study, then it’s bad news for the parrot (or good) as it will be not only enlisted as a species for conservation, in the Red List of Threatened Species, but also on the Endangered Species of Wild Fauna and Flora. The latter is monitored by Birdlife International.

Still, things are looking promising for Coetzer and his team, as the global species officer of the organization, Andrew Symes, has said that the new research is definitely being considered as their teams are always looking for advice to their taxonomy.