You are here: Home / Tech & Science / Starry Stonewort is Invading Streams And Lakes 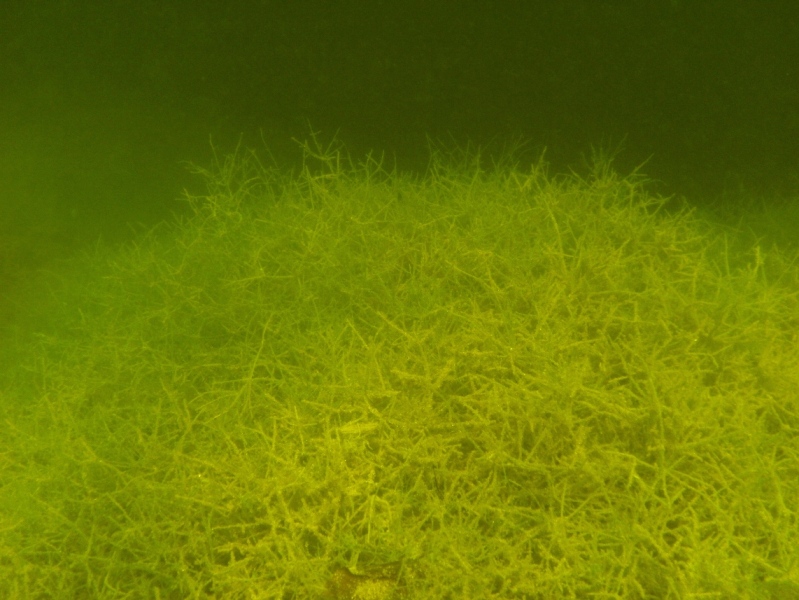 The starry stonewort restricts light from other plants.

A new menace for native plants has been recently spotted, as it seems the starry stonewort is invading streams and lakes, threatening both the fauna and vegetation in several bodies of water.

According to the state Department of Natural Resources (DNR), a number of six bodies of water were discovered plagued by the invasive aquatic plant in Wisconsin and Minnesota. The problem is believed to have begun in a small section of Little Muskego Lake, and has since subtly spread to others due to fishermen’s boats who neglect properly cleaning them before travelling to other waters.

The starry stonewort is usually an annual occurrence during the summers, but may present itself during mild winters, and tend to be met at depths ranging from 3.2 to 20 feet beneath the surface of lakes or sluggish rivers. It has been attributed to produce dense mats and effectively choke out other native plants by restricting their access to light.

So far, it has been found in Big Muskego Lake, Bass Bay, Long Lake in Racine County, along with Silver Lake in Washington County. Pike Lake, was also added last on the list of bodies of waters affected by the invasive grass-like algae.

It can be devastating for fish or other forms of life living among the lakes. According to Kathy Aron with the Wind Lake Management District, it will spread quite quickly and boats will be their main host that could effectively allow the starry stonewort to appear in more lakes.

Officials are reportedly working hard on removing the destructive water plant, but fishermen or others who frequently use boats on various lakes are also required to do their part. The Department of Natural Resources asks those frequenting bodies of water on boats to properly clean them beforehand and make sure the starry stonewort cannot further expand its population.

When a boat leaves a lake, it takes quite a lot of its life with it, and without proper scraping and cleaning, it’s allowed to spread to the next body of water it touches.

According to Ken Fries, of the Little Muskego Lake Association, starry stonewort presents itself as the beginning of the end, and ultimately poses as the death of a lake. All the equipment needs to be properly cleansed and the problem should be taken seriously before it becomes worse.

The algae can spread, and could unfortunately wipe out everything else in its way, including other native plants and fish.