You are here: Home / Technology / Sony Is Crowdfunding Its Next Smartwatch: Wena Wrist 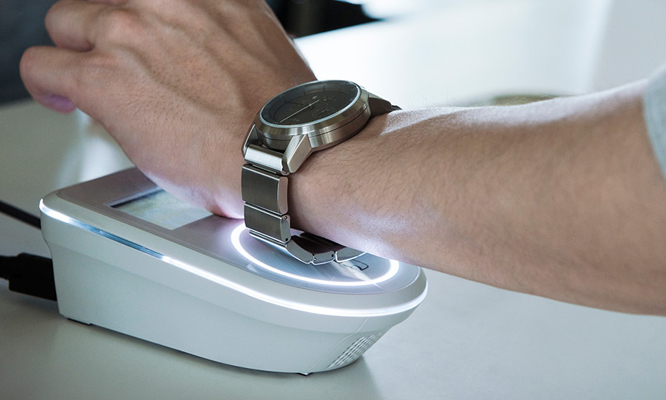 Sony’s next smartwatch: Wena Wrist may be used for contactless payments.

According to the company’s official declaration, Sony is crowdfunding its next smartwatch: Wena Wrist. The new model was developed with the help of the employees, who were encouraged to come up with their own ideas to boost Sony’s production. The name of the gadget comes from “Wear Electronics Naturally”, the idea behind the entire concept.

By the looks of it, Sony has not been very interested in the new smartwatch technology. There haven’t been many models launched in the past period, but he laughs best, who last laughs.

After silently observing their competitors, Sony has finally come up with a smartwatch that offers all that has been missing so far. The timepiece does not look like a smartwatch, at all, but rather like a classic watch.

Developed with Citizen, the display of the watch preserves the elegant look that the Japanese producer has accustomed us with. However, the gadget will be connected to the wearer’s smartphone at all times.

The presentation video that Sony has posted on their official YouTube channel explains how the wrist band will carry through many of the smart functions of the display. The 22mm strap will integrate a NFC chip, enabling wearers to make contactless payments, to use their public transportation and their student card whenever necessary.

Wearers will have many options to choose from when it comes to setting up their notification systems. Wena Wrist will come with LED notifications in seven colors and vibration alerts. The battery will last approximately one week depending on the tasks that wearers will perform.

Sport lovers may also find Sony’s watch a viable option. The band will feature many fitness options and will be water resistant, as well. According to the developers of the project, it can last under 30 meters of water.

The project could gather support from interested companies, particularly since it could help users significantly reduce smartwatch costs. Sony has stated that the band may be used for new smart watches in case the owner wants a display upgrade. Or, on the contrary, the timepiece could be upgraded by simply changing the band of the watch.

Sony hopes the new watch will be available on the market by March 2016. There will be two different models, depending on their features; thus, customers will have to choose between the $287 Three Hands version and the $576 Chronograph.