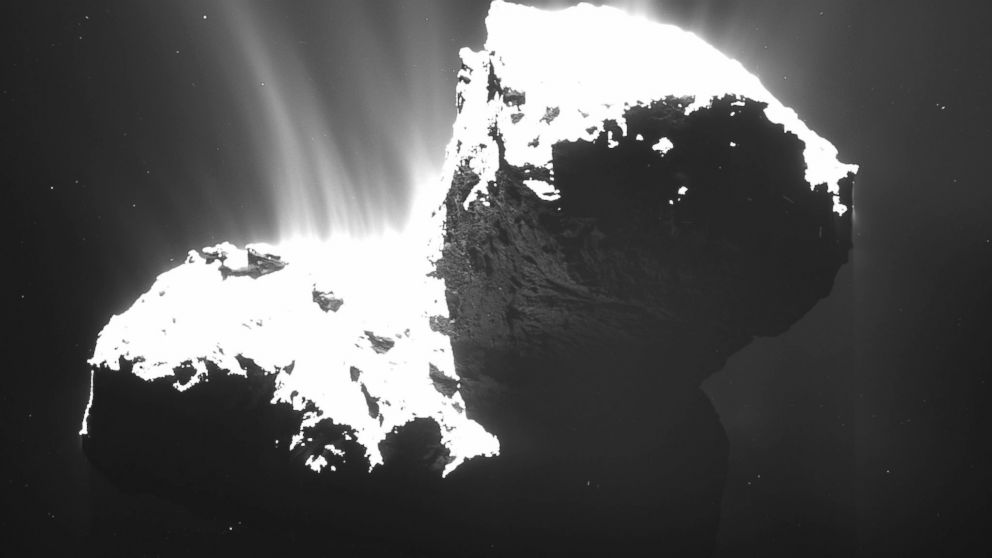 Although the lander failed to properly land, scientists have still managed to collect data about the comet’s surface.

The European Space Agency has recently informed that Rosetta’s Philae probe has found organic molecules on Comet 67P. This is a remarkable observation considering that the probe has failed to properly land on the comet’s surface.

Based on the explanation provided by Ulamec, the project manager of the space mission, these new surface details have been observed during the 60 hours that the probe needed to land on 67P. The lander has not sent any other relevant data in relation to the Comet as a result of the technical problems that it has registered after its landing.

Nonetheless, certain properties of the Comet have been observed. It appears that the celestial body has various dark grains on its surface. These are one millimeter large and could absorb light, due to their composition. These properties have led scientists to conclude that the grains are in fact organic molecules which allow life to appear on comets.

Although scientists do not have clear evidence in this sense, they have stated that the organic molecules might have led to the formation of Comet 67P when they have clustered together. These molecules begin to take new forms when exposed to cold temperatures.

Scientists did not expect the probe to acquire this information, they have started the mission with other intentions, but the failed landing of the probe made it impossible for them to study those particular aspects they were interested in. Philae was supposed to land on one side of the comet, but it has bounced back because the landing harpoons did not deploy.

Upon its return on the comet’s surface the probe fell into a small crater where sunlight is blocked by the shadow of a nearby cliff, meaning that the solar panels of the probe cannot be charged. Researchers have tried to change the position of the probe, but they did not manage to get in contact with the lander probably because the device has suffered several damages during the fall.

ESA experts remain positive about the mission. They think the probe can become functional again during the following months when Comet 67P will get as close as possible to the Sun. Their theory has been proved by the recent signs of life that the probe has evinced during the brighter months of summer. However, no significant data has been withdrawn as the communication was constantly interrupted.