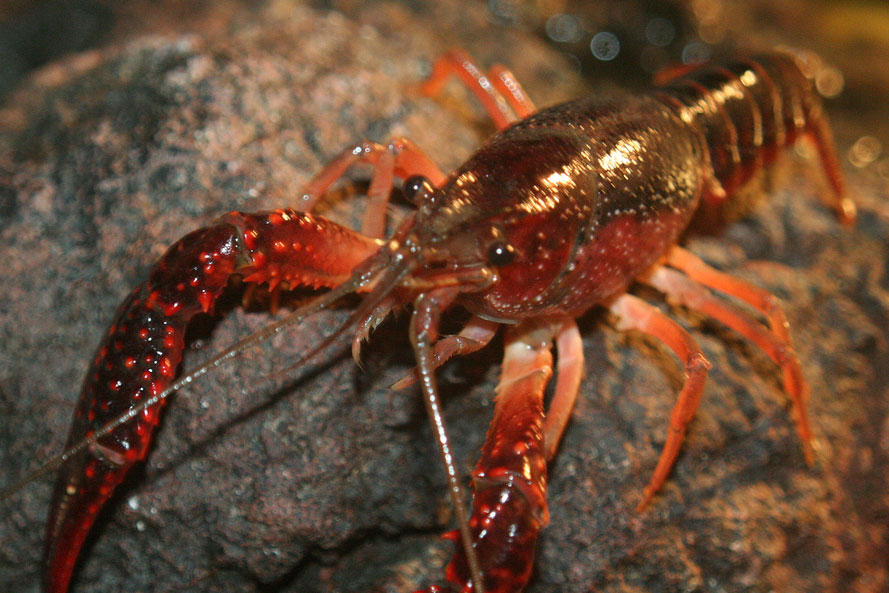 A new species of crayfish has been identified in the West Papau region of Indonesia, and enthusiasts around the world are going berserk about having one as a pet. Luckily for them, the crayfish is exported to North America, Europe, and East Asia, as many know it under the informal name of “orange tip,” given the color of its pincers.

Christian Lukhaup, the German researcher that got to name the new species, this type of crayfish has been frequently misidentified because it resembles the looks of a similar species. After discovering, however, that it is a new kind, Lukhaup and his two colleagues went for a very interesting name: Cherax Snowden.

A study on the new crustacean was published in the journal ZooKeys, where Lukhaup explained that the name was given in the honor of the “American freedom fighter Edward Snowden.” Big fans of his efforts, the team decided to remember “his extraordinary achievements in defense of justice, and freedom,” even if it’s just by naming a species after him.

Lukhaup, who has previous experience in naming species, admitted he is a passionate supporter of Edward Snowden. A former National Security Agency contractor, Snowden became known after leaking documents on the secret dealings of the NSA.

Among other disclosures, the public found out about the agency’s technology used to convert recorded conversations to text so that the NSA could search for terms like detonator, Baghdad, or bomb.

One more trait the fish and the NSA’s former contractor share is the serious risk they’re both facing. On one hand, Snowden is currently in asylum all the way in Moscow in order to avoid prosecution.

On the other, the 4-inch crustacean has distinctive green and orange pincers that made it the pet and the center of attention among many enthusiasts, and this popularity poses a grave threat. Any other resemblance between the NSA whistleblower and the crayfish stops here, according to the article published in the ZooKeys.
Image Source: Full Service Aquatics