You are here: Home / Health / Love Passes Through a Woman’s Stomach 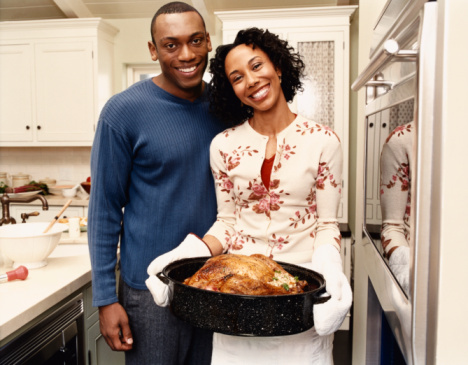 Hungry women will not pay attention to your love declaration, but rather think of food resources instead.

Researchers at the University of San Diego, California have demolished the long-lasting belief according to which, men are much more in love when satiated. Recent experiments have revealed that women have much stronger responses to romantic images proving love passes through a woman’s stomach, as well.

There’s no use pampering your beloved female partner if she didn’t have anything to eat in the past hours. Scientists say she will only think of a method of procuring her food, instead of paying attention to your charms and compliments. Quite a catch, survivor Bear Grills might think.

The study has been conducted with the participation of 20 women, whose ages were set between 18 and 25 years. The female respondents were asked to refrain from eating for eight hours and then let themselves tested with the help of MRI scans to see how their brain responds to romantic images.

During the first stage of the experiment the starving women were asked to take a look at a batch of various pictures some of them illustrating cars, staplers and bowling balls, while others showcased images of heterosexual couples holding their hands, embracing each other, etc.

The same experiment has been performed once again, this time the women were offered a fulfilling meal before seeing the pictures. The MRI scans have revealed that women were much more interested in romantic affairs once they got rid of the munchies in their stomach.

The explanation is rather simple, come to think about it. It could be related to Maslow’s hierarchy of needs which says that men and women first have to pay attention to those needs that guarantee their survival and then, think of belonging and other love needs. Further studies will see the reproduction of the same tests on male respondents to determine whether Maslow’s hierarchy of needs can really explain scientists’ new finding.

Alice Ely, the leader of the study, has further stated that she has noticed a significant difference between regular dieters and non-dieters. According to her explanation, women, who fasted on a regular basis and were, thus, more accustomed to dieting had a stronger response to romantic images than those who had never kept a diet.

The findings of the current study were published in the Appetite journal.