You are here: Home / Health / Don’t Overwork Yourselves: Job Stress Could Make You Sick 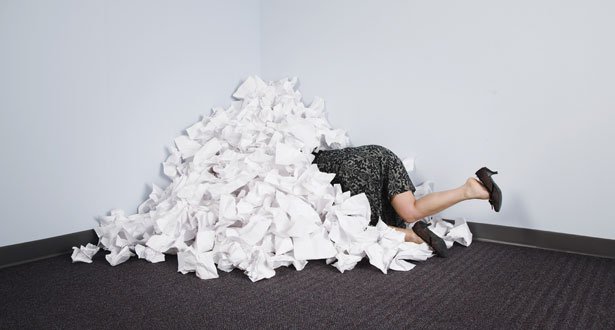 A recent study in Sweden suggests mentally demanding activities could have a negative impact on workers, particularly female employees.

Scientists say don’t overwork yourselves: job stress could make you sick. The recommendation has been made based on the findings of a recent study conducted by researchers at the Karolinska Institute in Stockholm with the participation of 12,000 workers in Sweden.

Researchers in Sweden were interested in determining whether there is a link between employees’ mental affections and their work loads. Their recent study has proven that, indeed, working too much has a negative impact on workers, who often require leaves in order to recover from mental illnesses.

The data collected in relation to the 12,000 Swedish workers was registered during a time interval of five years. At the end of the research scientists have concluded that 8 percent of workers took medical leaves. Further analyses have shown that three quarters of them were women, proving that stress is much more noxious to female employees than to male workers.

By closely analyzing the factors behind this increased percentage of sick employees, researchers noticed that all these workers had one thing in common: they were all carrying out highly stressed jobs and received little support for their work-related tasks.

Self-destructive habits seem to contribute to the bad health condition of the workers, as figures have revealed. According to scientists smoking often causes workers to take health sick leaves, whereas those who regularly consumed alcohol did not register any change in their condition.

Mental illnesses seem to be more frequent among workers who carry out highly demanding mental activities, according to scientists. Employees, whose work tasks are mainly physical had little or no mental affections during the studied time interval, which proves blue-collar professions are not as stressful as white collar ones.

Similar studies have been made in the past to demonstrate that psychological factors are extremely important for workers’ well-being. Depending on the conditions they work in, workers may be more efficient or on the contrary have very bad results. In addition, the stress related to inappropriate working conditions may lead to severe mental illnesses, expert Lisa Mater from the Karolinska Institute in Stockholm has concluded based on previous researches.

She has further stated that employees may soon be constrained to offer workers a good working environment to protect their mental state. Moreover, employees should have to be persuaded into adopting healthier lifestyles to reduce mental illness risks.