You are here: Home / Tech & Science / How Earthworms Digest the Fallen Leaves 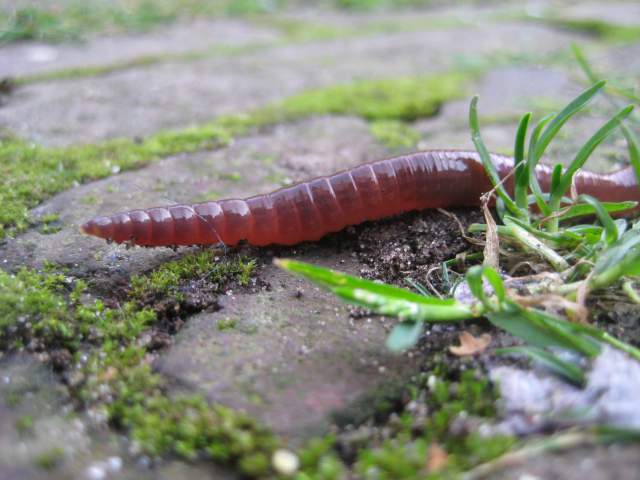 Earthworms are some of the most hardworking cleaners of the world.

A new study has finally uncovered how earthworms digest the fallen leaves that they so often like to feast on. Even though worms may not seem that interesting in general, we would be really in trouble if the little crawlers disappeared.

Not only do worms easily digest all dead matter on the ground, but by doing so, they actually bring the carbon of this matter back into the ground, making the soil richer. They also clean up the bigger part of the leaf pile-ups everywhere.

If they weren’t present, we would see much more dead laves everywhere, and that would really be depressing, wouldn’t it?

But the worms aren’t the only natural cleaning company of the Earth. They’re only a part of a larger alliance made up of all detritivores – fungi, bacteria, as well as some types of insects. They all eat up the dead matter lying on the ground. But recently, scientists have been fascinated by how worms manage to survive on such a diet which consists mainly of junk food.

You may think that a burger is pretty unhealthy and lacks nutritional value, but actual junk food has even less. Besides this, it’s most always filled with toxic elements and chemicals.

So, the nice people at the Imperial College of London have figured it out. Some of you may know that plants have a natural system to defend against digestion. They produce polyphenols, which are some kind of antioxidants and determine what color the plant is, but besides this, they also make their digestion difficult, especially for such simple organisms as worms, bacteria and the other detritivores.

To counteract the effects of polyphenols, worms use drilodefensins. Drilodefensins are molecules located in the guts of worms that break down dead plants. The worm has an intelligent way of recycling used drilodefensins, and it also produces the exact amount needed depending on the plants which it eats. The more rich in polyphenols the plant, the more drilodefensins the worm makes.

This way, worms can get fat. Really fat. With their flexible bodies, they can eat a lot – almost a third of their bodies. Imagine a 90 kilo man eating 30 kilos of food a day. That’s really a lot.

The research has also uncovered that there are much more drilodefenisns in the world than we could’ve ever imagined. Apparently, for every human there are about 2.2 pounds of the molecules.

So let’s remember, next time we see a worm, to thank him for all the work he is doing to keep our planet clean.