You are here: Home / Tech & Science / Household Germs: Thousands of Different Species Dwelling in Your Home 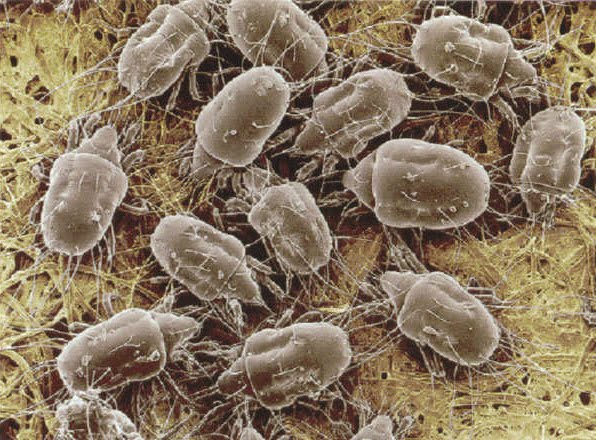 If you’re a self-identified germaphobe, you might want to skip this news or move out of your house right away. According to a new study, a house is home to an average of 9,000 different species of microbes. Data suggested that the species may vary depending on who or what is dwelling inside, indicating that people and animals are carriers of specific microbes.

Published in the journal Proceedings of the Royal Society B, the study found that fungi and bacteria are different according to the location of the house, previous inhabitants and whether or not any pets also lived there. The average number of fungi species dwelling in a household is around 2,000, while bacteria types surpassed 7,000. Yikes.

Researchers at the University of Colorado at Boulder analyzed more than 1,200 dust samples collected from homes across the United States as part of “The Wild Life of Our Homes,” a citizen science project.

Results showed the house dust was often swimming with bacteria such as Staphylococcus and Streptococcus, which are usually carried by human skin. Other common types of microbes – Bacteroides or Faecalibacterium – were linked to human or animal feces.

Associate professor Dr. Noah Fierer who specialized in ecology and evolutionary biology and research leader said the fact that humans share their homes with microbes is a well-known fact. The study’s goal was to implement “old-fashioned science” by analyzing how spread out they are across the home.

Fierer’s team tested detritus samples collected from ledges above doorways and other places in the house that people commonly overlook even during spring cleaning. Even though researchers thought they knew what to expect, the zoo-like community of microscopic bacteria and microbes surpassed their assessments.

Following the genetic analysis, researchers also discovered that homes where women were in higher number than males had specific bacteria, as well as when homes were mostly males. Fierer has previously studied this matter and found that women usually have more diverse hands than men, and most of them carry most of the 150 bacteria species.

The home’s location was another important factor than influenced the exact makeup of each fungal ecosystem. Among the most popular fungal collections are moulds like Alternaria, Aspergillus, Fusarium, and Penicillium.

Researchers noticed that most of the fungi that finds shelter in our homes seems to be coming from outside; we either carry it inside on our clothing or we allow their presence by opening doors and windows. Another factor that adds to the microbe mix is owning pets, as the study pointed out that dogs and cats are among the biggest influencers on the home bacteria.

Even though the study was conducted in US residents, Fierer is positive the results are applicable around the world. Next step is finding out if these household germs affect the human health; Fierer’s research so far points out that most microbes are harmless, or even beneficial.
Image Source: Medic Direct