You are here: Home / Tech & Science / Scientists Have Explained Fire Fountains on the Surface of the Moon 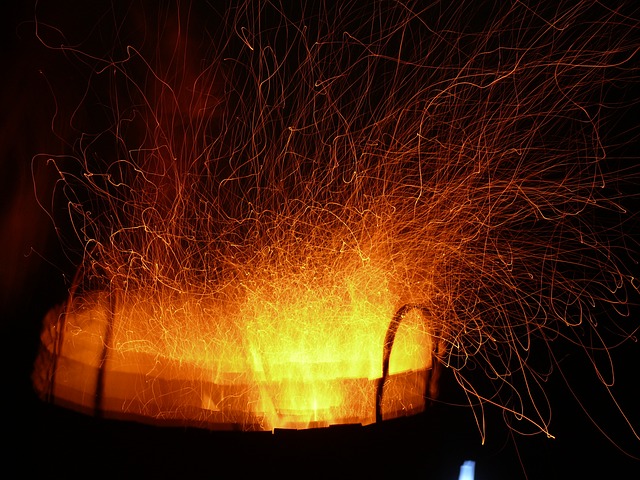 It is generally known that fire fountains ignite when volatile compounds get in contact to lava. Such phenomena are frequent on Earth where the presence of gas resulting from volatile compounds could cause lava to turn into fires, but things get a little mysterious when it comes to the Moon.

The celestial body is said to have lost its gas a long time ago and yet, fire fountains still existed on its surface. The question that most naturally comes to our mind is what is then, causing lava to erupt and to blast on the surface of the Moon?

During the research, conducted by Alberto E. Saal at the Brown University, scientists have analyzed various pieces of glass from lunar volcanoes and magmas. These samples were gathered during the previous Apollo Missions that were conducted on the Moon, but little interest has been paid so far to their connection with lava eruptions.

By analyzing the aforementioned samples, scientists have reached the conclusion that carbon is the gas that is responsible for the fire fountains on the planet. When combined with water and sulfur, carbon is capable of turning lava into fire, much like on the surface of the Earth.

There is a probability that the Moon was formed from the debris that resulted from Earth’s impact with a very large meteor many years ago. If this hypothesis is true, it means the debris transferred some of the volatile compounds from the Earth to the Moon.

On the other hand, there is also a second explanation, whom scientists find less probable. They suggest that the Earth and the Moon inherited the same volatile compounds through third-party celestial formations. They say the latter could have hit the two planets; thus, transmitting the same volatile compounds. Scientists have concluded that additional investigations have to be conducted in order to prove the validity of this theory.