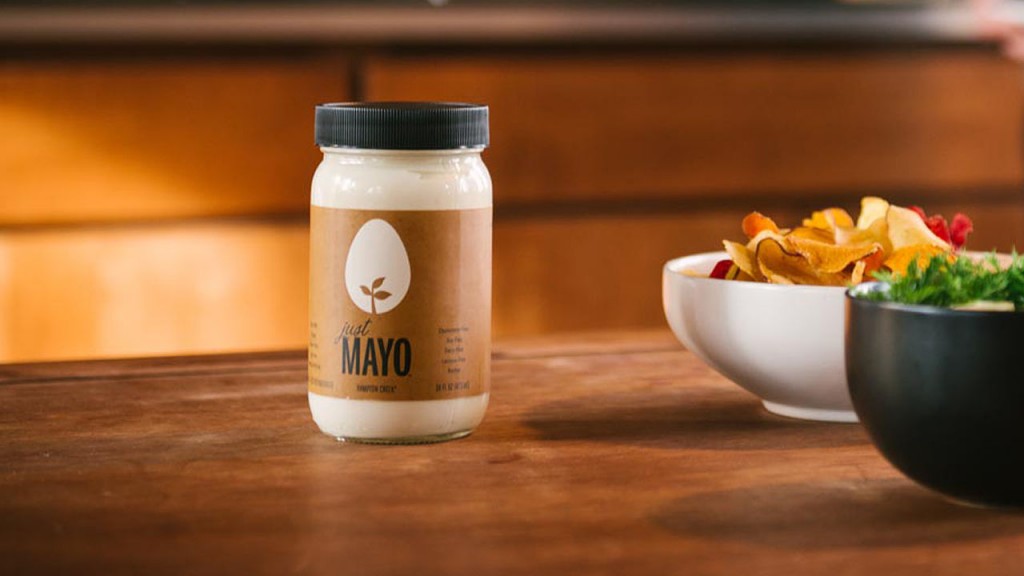 This should be a well-known rule of thumb by now: if you want to keep the FDA’s ire away, don’t name your product something that it isn’t. Apparently, Just Mayo, a popular brand, didn’t get that memo and got into big trouble with the Food and Drugs Administration.

Instead of following the example of Vegenaise or Nayonaise, two products that danced around the common slang of ‘mayo’ when they came up with their names for the eggless spread, Just Mayo made the mistake of claiming that it sells mayonnaise when it’s, in fact, a product that is anything but classic mayonnaise.

But what makes mayonnaise mayonnaise? According to the FDA, Hampton Creek has violated the rules by marketing an “egg-free” product with the illustration of an egg on the front of the packaging. Additionally, by combining the term “just” with “mayo” gives the impression that the product is the real deal, or “nothing but” mayonnaise.

Just Mayo is a product of San Francisco startup Hampton Creek and its labeling got the company in trouble for false advertising. But according to CEO Josh Tetrick, the FDA is willing to sit down and find a solution.

This isn’t the first time, however, when a complaint was filed against the startup’s use of the word “mayo.” Even though it was abruptly dropped a few months later, the Unilever lawsuit forced Hampton Creek to find a reasonable solution for its labelling that regulatory authorities and industry groups would agree to.

Tetrick said he is positive the Unilever complaint was surely behind the FDA’s interest in his product. Besides Just Mayo, the startup’s other products are available in major supermarkets, such as Whole Foods and Safeway.

According to the standard definition of mayonnaise, egg is a must-have ingredient. Hampton Creek as a brand is being questioned mostly because its products are known to contain some ingredients outside the standard – pea protein, genetically-altered food starch, and beta-carotene, which simulates the color of egg yolk.

The FDA complaint also addressed the claim that Just Mayo is healthy for the heart because its products surpass the limit of 13 grams of fat per 50 grams. Based on unauthorized tests, the company suggests their products are healthier than average, and FDA is definitely not letting that claim slide.
Image Source: Fast Company