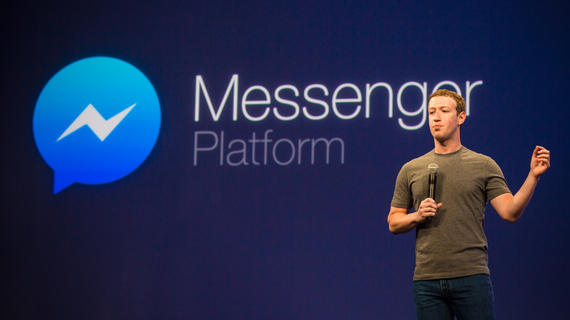 Facebook Inc. is making yet another move in the field of artificial intelligence (AI) after using the technology in their face recognition algorithm. This time, however, the number one social network is expanding its business by launching a virtual assistant that would rival similar services offered by Apple, Google and now Microsoft.

Facebook M has found its place inside Facebook’s Messenger app, where users will be able to interact with it just as they would with any other of their friends. According to a statement posted on the social platform by David Marcus, Facebook’s messaging director, the new personal digital assistant will be able to find information on the user’s behalf and complete tasks.

Besides the AI technology integrated, M is also backed up and supervised by a team of engineers. That’s why this virtual service is faithful to its name and it can actually assist you by making purchases, taking care of deliveries sent to your loved ones, booking travel arrangements or a night out in a restaurant, setting appointments and much more.

Messenger currently boasts more than 700 million users on its app, but most of them will have to wait a while longer before meeting M, which is undergoing internal tests among a limited number of users.

Attached to his Facebook post, Marcus has also shared some screenshots of the developing service, revealing questions like “Is there a dog-friendly beach nearby?”; “Can you help me order flowers for my mom’s birthday?” and “Where’s the best place to go hiking in the Bay Area?”

M’s ability to respond to inquiries has been greatly enhanced by the trainers responsible with dealing with the trickier requests. As described in an interview with Wired, each member of the team has customer service backgrounds.

One of the scenarios presented for demonstration explain how M can plan a birthday dinner – such as booking the restaurant and the Uber – but one of the trainers could chime in and send you a bouquet of your favorite flowers.

Facebook M is only a continuation of the company’s strategy of making Messenger more than just an online communication app – a move that started when the app became a standalone platform with its own website. Ever since then, Facebook has been adding plenty of new features, such as the ability to send payments via the app.

Facebook AI Research is department that handles the projects involving this advanced technology, and its homepage states its goal quite straightforward: “We seek to understand intelligence and make intelligent machines. How will we accomplish all this? By building the best AI lab in the world.”
Image Source: CNET