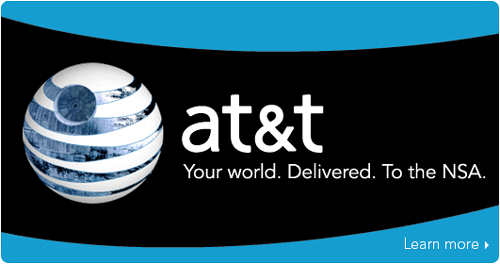 In a twisted turn of events, newly-disclosed documents have revealed that the AT&T has been a trustful source of information for the spying NSA has been doing on internet traffic.

The partnership between the telecoms giant and the National Security Agency surpasses the usual arrangement or cooperation that other firms have with the governmental organization. According to evidence published by the New York Times, the NSA also had an arrangement with Verizon, but it turns out that collaborating with AT&T was especially lucrative.

Unsurprisingly, the new batch of information on the NSA dealings was provided by Edward Snowden – the now-exiled former NSA agent – and it reveals some concerning data. It turns out that AT&T had installed surveillance equipment to more than a dozen of its web centers, and was a frequent testing ground for developing spying technologies.

Analyzed by both New York Times and ProPublic, the documents are clear proof that a successful partnership took place between AT&T and the NSA for at least 10 years, from 2003 to 2013. While it is unclear whether or not the arrangement is still on, documents suggested it might have existed prior to the specified period.

Hardly surprising is the fact that NSA kept praising AT&T’s “extreme willingness to help,” considering that the end result of the collaboration provided the NSA with access to billions of correspondence sent over AT&T’s network.

But what stood out of the documents was AT&T’s benevolent participation in the arrangement – nowhere do the reports depict the company as being coerced. The documents contain multiple references that remind NSA officials that their situation was not “a contractual relationship,” but simply a partnership.

The New York Times also reported that several old surveillance programs were mentioned in the leaked documents, including Fairview, which dates back to 1985. AT&T’s involvement in those programs was confirmed by former intelligence officials.

AT&T was also involved in NSA’s spying on the UN, as documents reveal they allowed access to the communication line that the United Nations headquarters was using. At the same time, the telecoms company seems to have been among the first partners to sign with NSA, setting up a data collection system on its network back in September 2003.

Reports show a very lucrative operation started then, as over a million emails were intercepted each day based on keyword selection. All in all, it seems that AT&T could have been responsible for conducting surveillance on behalf of the NSA, which shouldn’t surprise us anymore, and yet it does.
Image Source: Nashville Scene