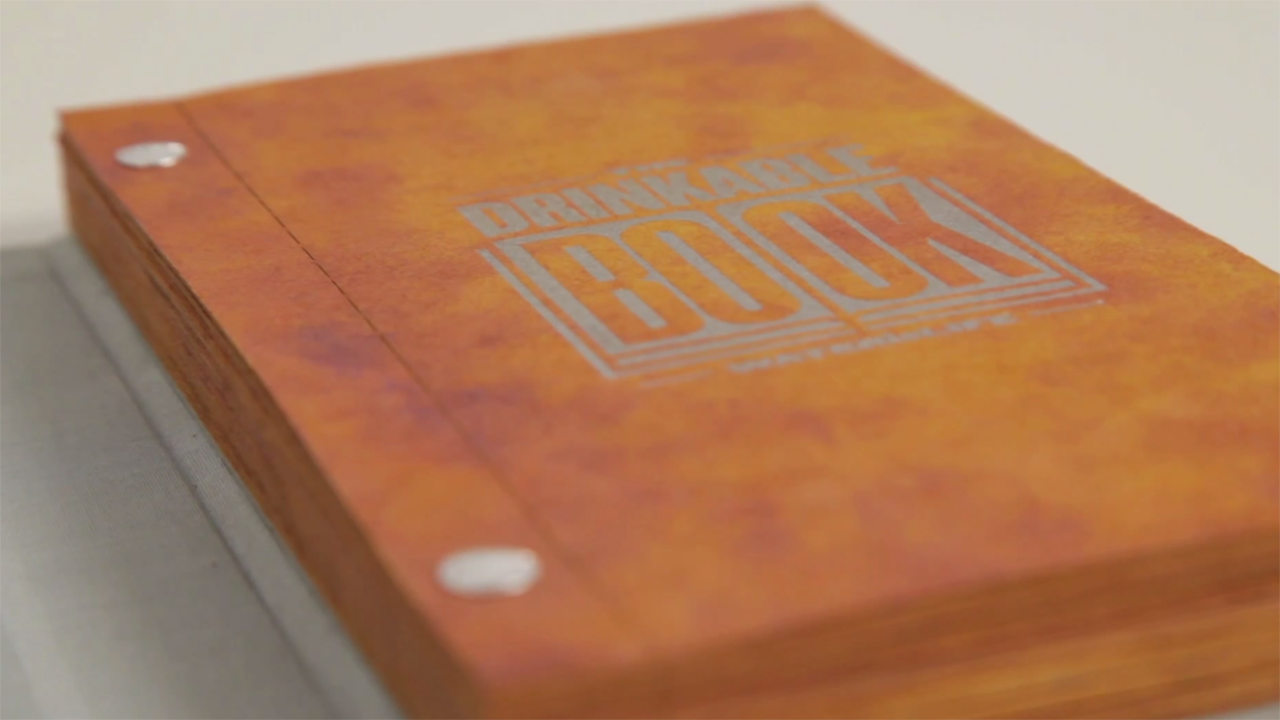 A new invention might offer an inexpensive solution to filtering highly contaminated water. During her research of paper’s properties as a graduate student, Theresa Dankovich has created a book made of metal nanoparticles with the property of killing bacteria, whose pages can be ripped and used for cleaning drinking supply.

There are still a lot of places around the world where water supply is not only scarce, but also contaminated, thus making Dankovich’s nanotechnology-based method a better alternative for the millions of people in need of clean water. She named her creation The Drinkable Book, and the pages’ material is infiltrated with metal nanoparticles.

Dankovich was inspired by the fact that silver and other metals have been used for hundreds of years for their ability to fight off bacteria; before now, however, no one had thought of including them in a paper that can purify drinking water.

While pursuing her doctoral degree at McGill University, she found that embedding thick filter paper with silver nanoparticles was very efficient in killing a wide range of microorganisms, such as bacteria and various viruses.

Her research was picked up by the University of Virginia’s Centre for Global Health, where she expanded her repertoire by including other cheaper metal nanoparticles, such as copper. After coming up with a final lab version, Dankovich also began field investigations of purifying water with her invention in South Africa, Kenya, Ghana, and Haiti.

These investigations were meant to test the filters on ‘real water,’ because the reactions might differ from the intentionally contaminated water used in the lab experiments. And the results were impressive.

Even when it came to filtering a challenging sample with millions of bacteria in it, the silver- and copper-nanoparticle paper was able to bring the contamination levels close to those of US drinking water, with a whopping 99.9 percent purity.

In some cases, researchers noticed that minimal amounts of silver and copper would leach from the paper, but the water’s metal levels were still well below the standards set by the Environmental Protection Agency and World Health Organization.

Dankovich’s nonprofit company partnered with the organization “Water is Life” and they came up with the end product: a book made up of pages embedded with silver nanoparticles. The most impressive feat is the fact that each page is able to filter up to 100 liters of water – which amounts to an entire book covering a person’s need for water for four years.

The Drinkable Book uses this opportunity to raise awareness about water safety by printing information on the matter on each page, both in English and a second language, usually from a country that’s in dire need of these filters.
Image Source: AD Week