You are here: Home / Technology / Bikes Can Prove Confusing For Google’s Self-Driving Cars 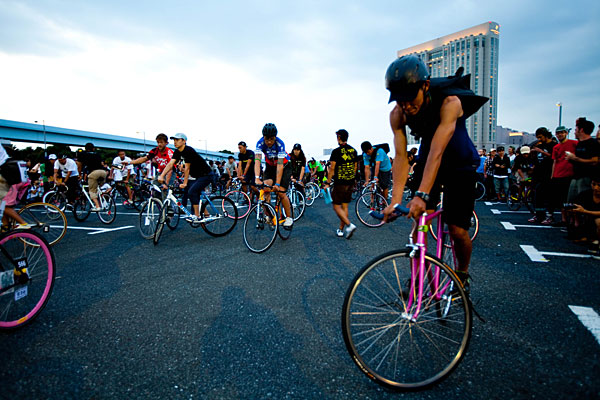 It’s no longer news that Google is undergoing work on a self-driving vehicle, but updates on how well that goes are constantly reminding us that we are soon going to witness the phenomenon on our streets and in cities.

According to the test drives and the thousands of miles driven by Google’s futuristic self-driving cars, they are twice as safe as the average human driver. However, the cars still have glitches that need fixing, as proved by a recent incident in Austin, TX.

If you’re waiting to read about a tragic collision, this is not the case. Google’s prototypes have indeed been involved in some accidents, but most of them where the fault of the other participants, where human error was to blame. This story is more humorous, as a cyclist wrote on a bike forum about an interaction he had with a self-driving car during a road test.

According to the blog post, the rider did a track stand – a slight rocking back and forth with one’s feet still on the pedals that’s meant to keep the bike’s balance – that seemed to have confused the car’s system. Meeting at a four-way stop, the car could’ve easily crossed the intersection, but instead, it came to a full stop.

With all the Go-Pros that cover Google’s car, it was obvious that the cyclist would be spotted in the traffic, but it turns out that the vehicle’s self-driving system was confused by the cyclist’s movement. After staying stationary for several seconds, the car began to proceed, but immediately stopped again as it detected the bike rolling forward an inch.

This little dance continued for about 2 full minutes, wrote the biker, and even though there were two tech guys in the car, they couldn’t get the vehicle to make it past the middle of the intersection. As a matter of fact, The Washington Report mentions they found it amusing, laughing out loud while trying to ‘teach’ the car how to get over the situation.

Beyond the hilarity of it all, the biker stated he still “felt safer dealing with a self-driving car than a human-operated one.” And it’s not that much of stretch to believe him, as this scenario proved that Google’s cars are very good at stopping if they perceive a human, car, or cyclist in motion.

It also offers great insight into how the car “learns” to process and react to the countless unexpected things that are part of being on the road. The testing process is full of challenges, because Google’s team must recreate different scenarios, such as throwing beach balls at the driving car, mimicking a bird attack or even teaching the cameras to identify if it swoops down towards it.
Image Source: Mediamatic