You are here: Home / Health / Young Female Soldiers in the U.S. Army Are More Likely to Commit Suicide, the New Study Confirms 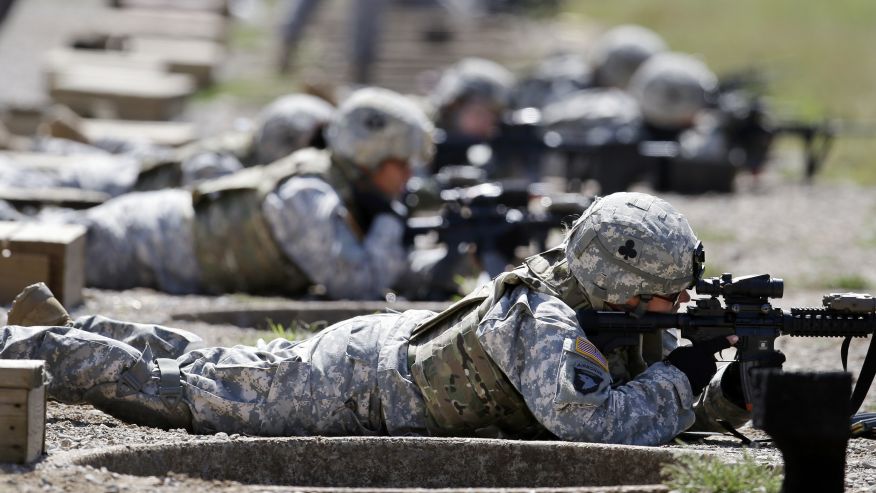 Psychological traumas are more frequent among young female soldiers with lower educational degrees that have had a mental diagnosis in the past, a new study reveals.

The Center for the Study of Traumatic Stress from the University of Health Sciences in Maryland has concluded that young female soldiers in the U.S. Army are more likely to commit suicide, the new study confirms. Researchers have reached this conclusion after carefully observing the behavior of enlisted soldiers during the Afghanistan and Iraq war period between 2004 and 2009.

Robert J. Ursano, the author of the recent research and Psychiatry professor at the University of Health Sciences in Maryland, was interested in carrying out the current study in order to determine the effects of the war in Afghanistan and Iraq on American soldiers. For this purpose, the team of researchers has collected data from the U.S. Army and the Department of Defense in relation to the behavior of 9791 suicide attempters.

During the study, researchers have analyzed the 183 826 monthly controls that the soldiers were subjected to. For a better understanding of the suicidal behavior of the American soldiers, scientists have included participants of various gender, age, education level and ethnic races.

The participants were divided, according to their position with the U.S. Army, as well as other sociodemographic characteristics, into two larger categories. The first group included enlisted soldiers and comprised 163 178 individuals, whose evolution was followed from one month to another. The smaller group was made up of 30 439 officers, whose career evolution and training were different from the ones of the members in the first group.

The data analysis was carried out from February until December 2014. The findings of the researchers were published in the journal JAMA Psychiatry at the beginning of July 2015.

Based on the data that scientists have managed to collect during the experiment, it appears that young female soldiers in the U.S. Army are more likely to commit suicide, the number of suicide attempts among enlisted female soldiers amounting to 95%.

The majority of the female respondents who have experienced one suicidal attempt during their service in the Afghanistan or the Iraq war were younger than 25 years old (5.6%), whereas figures decreased among participants, who were 29 years old or older (1.6%).

Education seems to play an important role on soldiers’ ability to cope with the negative effects of the war. The study has revealed that from the said female participants, the ones who failed to complete their high school studies were more inclined to commit suicide (2.0%)

On the other hand, soldiers, who were only 21 years old or older than 35 upon their enlistment in the U.S. Army, did not experience depressions or suicidal feelings during their service. In addition, respondents with college studies rarely tried to commit suicide during the given time interval (0.7%).

The study has further revealed that ethnic backgrounds could have a positive influence on soldiers and, therefore, enable them to fight war risks. Only 0.7% percent African-American and 0.6% Hispanic soldiers had to be treated for mental affections during 2004 and 2009.

The situation is somewhat better among officers, who rarely attempt to put an end to their lives, according to the recent statistics. However, results have shown that it is still female officers, who suffer the most (2.8%) in wars, especially if they have entered the army at an early age or if they have never been deployed.

By comparing the collected data from one month to another, researchers were further able to conclude that traumatic experiences tend to decrease after more years on the front. Officers, who have spent more than four years in Afghanistan and Iraq, as well as, 40-year-old officers or older have decreased odds of dying by their own hands.

Ursano has further stressed that the majority of the respondents with suicidal attempts had a frail mental state before enlisting in the war. Based on their medical records, the said female respondents, who tried to end it all had had at least one medical diagnosis prior to the war period.

War seems to have a much stronger impact on female soldiers than on male officers, according to the findings of the new study. Scientists have encountered only isolated cases of suicidal attempts among male soldiers and they could not identify specific patterns between them and their presence on the front.

The new psychological study works as a useful source for psychiatrists trying to understand and treat the many traumas that soldiers live on and off the front, once they return to their homes. Scientists plan to make additional studies in the field in order to find out what helps keep the soldiers’ morale up and which practices should be avoided.

Researchers have labeled the current study as one of the most comprehensive researches to have ever been accomplished on enlisted soldiers. They have concluded by saying that similar initiatives should become compulsory during enlisted soldiers’ first tours.