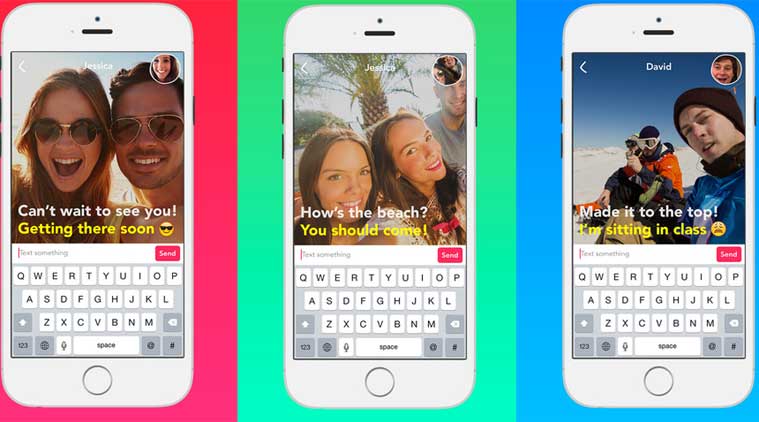 If you ever had problems with video calls because of sound issues then you may be in luck as Yahoo launches Livetext app as part of the company’s push in the mobile industry. The app will allow you to have a video call without sound with your friends and be able to text them at the same time.

Livetext follows in the footsteps of Snapchat where the images and the logs of communication are not saved. This new Livetext app from Yahoo does the same thing. Videos and conversations are deleted once people end the conversation and are not saved anywhere. If a person wants to send a livetext to someone who is offline, their message will still get deleted after it is viewed.

The Senior VP from Yahoo, Adam Cahan said during the Yahoo media event in Manhattan that they are here to entertain, inform and connect their users.

But how does Livetext actually stand out from other apps used for messaging? In the mobile version of Skype, users have to go off screen temporarily if they want to type a message in a video call. On top of this, you can’t mute the audio. This is especially annoying and can create issues if you are in a public place such as a library or a coffee shop.

One of the company’s goals is to mix quick texting with facial expressions. While it is true that emojis are very commonly used in texting apps and the social media, nothing truly beats the actual facial expression of people. This is also a solution for the boredom which comes from using the same emojis over and over again.

Livetext could also be able to break the human emotion boundaries regarding texting. Until now, it was very easy to text a person but it was difficult to express the right emotions associated to the text. And sometimes messages would be misunderstood as well.

Another probable downside of the Livetext app could be that it could drain your smartphone’s battery life quite easily. On top of your connection taking its share from the battery, the screen and the camera on the smartphone will also be turned on during the conversation. This may prove to be a little problematic.

Livetext is available at the time for iOS and Android for devices in the United Kingdom, United States, Canada, Germany and France.