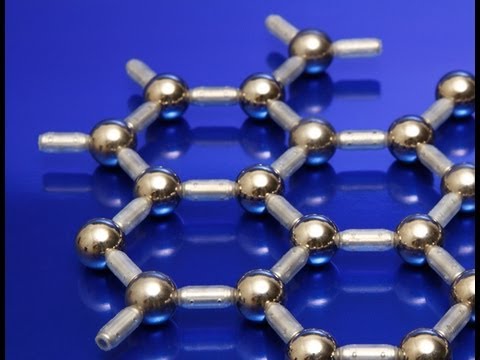 Graphene is the best choice in terms of heat conductivity, scientists at the Rice University have confirmed.

Engineers at the Rice University in Texas have found that white or 3D graphene can improve gadgets’ cooling systems after studying the effects of the said material on various electronic devices. Graphene has already been acknowledged as a good heat conductor, but recent experiments show the material could just as well diminish the temperature of many of our devices.

As temperatures keep rising, scientists and engineers are trying to find new ways to protect the electronic devices and systems. It is a very well-known fact that heat can cause lots of damages to our processors, so finding new ways to keep systems cool is the next aspect that researchers focus on.

Various gadgets have been invented to keep processors cool, such as, cooling pads, but the majority of them have failed to provide the desired outcome. Engineers have, nevertheless, looked deeper into the matter and they were, thus able to find out that white graphene, otherwise known as simple graphene could noticeably lower our processors’ temperatures.

Researchers at the Rice University have explained how this material works by performing various experiments and by publishing the results in the journal Applied Materials and Interfaces belonging to the American Chemical Society.

According to the information provide therein, white or normal graphene was used to cover the surface of silicon-based chips and other internal elements of the electronic devices. As the experiment unfolded, scientists noticed that the temperature was halved.

However, engineers believe they can completely eliminate the adhesive by simply creating 3D structures of the said material. The layered nanotubes they have created proved, thus, much more efficient in reducing heat and solved possible problems related to the adhesive.

In the future, many more electronic devices could contain 3D graphene as the layer has many positive properties. Scientists estimate that the material could be incorporated to increase the power of microprocessors, to increase the efficiency of solar batteries and to improve the sound of headphones.

Further studies will be carried out to identify the best uses of graphene.