You are here: Home / Health / Weight-Loss Surgery Beats Dieting And Exercising In Efficiency 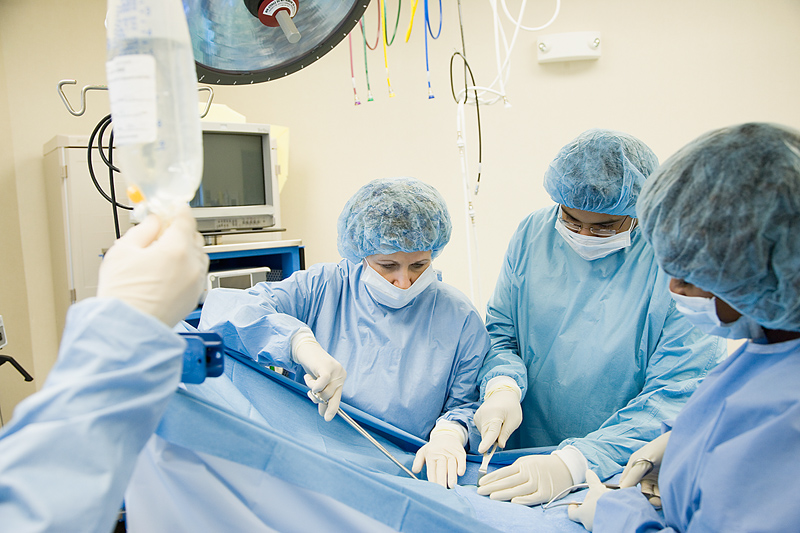 A new study has found that weigh-loss surgery is much more effective in treating patients with type 2 diabetes than adopting a healthy died and an intense exercise program.

Dr. Anita Courcoulas, study leader and head of minimally invasive bariatric and general surgery over at the University of Pittsburgh’s Medical Center, gave a statement saying that “One of the most important things to take away is that there is durability of remission over time”. She went on to stress that there is a growing body of data which shows that surgery is the superior choice.

For their paper, published earlier this week, on Wednesday (July 1, 2015), in the journal JAMA Surgery, Dr. Courcoulas and her team picked out 61 obese adults who also had diabetes, a condition which affects roughly 29 million American citizens. The participants had to be between the ages of 25 and 55.

The researchers randomly assigned the subjects to either have weigh-loss surgery, or to follow an intense lifestyle changing program. They were followed for three (3) years so that the researchers could examine the long term benefits of each course of action.

In the other group, none of the patients who had been put on the intense lifestyle changing program went into remission.

While surgery does indeed seem to have emerged victorious, Dr. Courcoulas did mention that in order for it to become the default treatment, several other studies need to be conducted and replicate these results. The project will involve patients from several different treatment centers, and once the surgery is finished, they will be followed by researchers for somewhere between five (5) and seven (7) years.

There are currently four (4) separate universities which are conducting these studies – the University of Pittsburgh, the University of Washington (Seattle), the Joslin Diabetes Center (Boston) and the Cleveland Clinic.

So far, the American Diabetes Association admits that surgery is an effective method of treatment, but only officially lists the 2015 medical guidelines that apply to diabetic patients who have a body-mass index (BDI) of over 35. They say that the data is inconclusive for patients with a lower BDI for the time being.