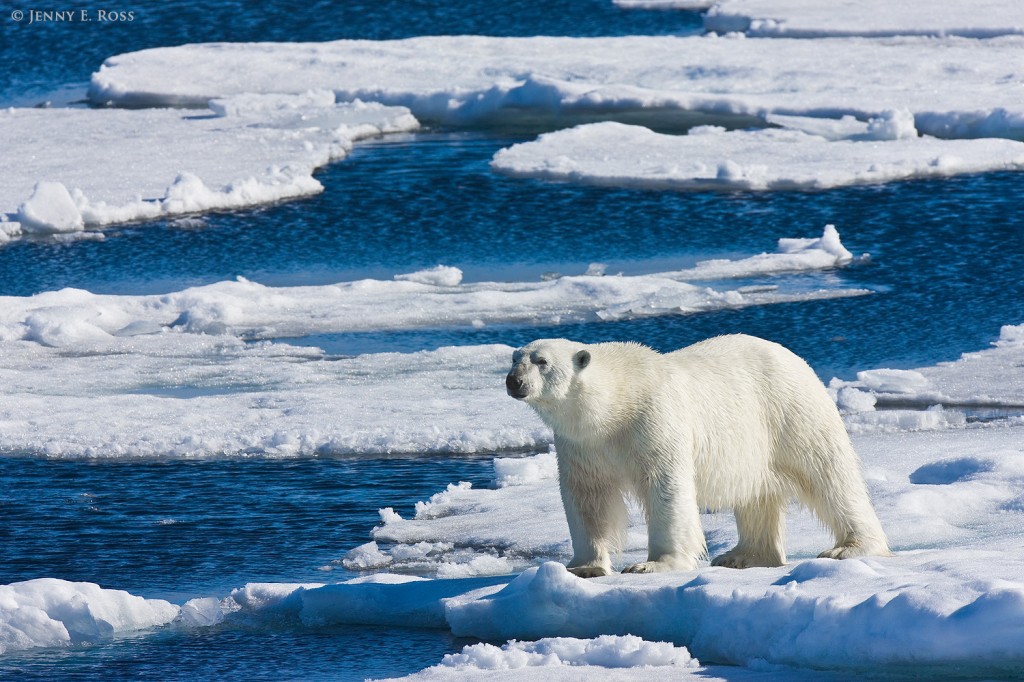 According to a new study conducted on the Alaska polar bear’s biology revealed that the population during summer months has a lot to suffer because it faces starvation with the rising temperatures of global warming.

Three years and joined efforts from federal, private and university researchers is what it took for the study on southern Beaufort Sea polar bears to determine they cannot reduce energy loss when faced with longer periods of fasting.

If you’re wondering why are polar bears fasting, it’s because this is a normal dietary practice among the species, but the increasing climate change has contributed in a negative way, biting into their environment, causing sea ice loss and fewer hunting days.

This study has finally debunked a 1970s research that suggested that polar bears can avoid losing weight and keep their energy levels during summer due to an ability called “walking hibernation.”

According to Steve Amstrup, co-author of the study and a former U.S. Geological Survey polar bear scientist who now collaborates with Montana-based Polar Bears International, the walking hibernation theory was based solely on observations of bears located at Canada’s Hudson Bay.

But that theory didn’t seem to hold up when applied on other bears, as this study established that polar bears cannot conserve their energy and protective fat, and in fact react like any other mammals when their food is drastically limited.

Senior author John Whiteman of the University of Wyoming said that this research gave a final answer on whether polar bears really have the ability of reducing their metabolic functions during summer. If they did, it would have been a great buffer – even though for a limited time – protecting them against the negative effects of ice loss.

Polar bears can fast for as long as eight months, if the situation requires it. Their main menu is ringed seals, which they hunt successfully from April to July by preying on them when they surface on sea ice.

Outside this period of the year, ringed seals are mostly underwater, which prompts polar bears to make a move further in-land, where food won’t be so limited. In recent years, some bears have opted to remain on sea ice because climate warming has caused it to retreat too far north, away from outer continental shelf filled with feeding opportunities.

Sampling bears directly on summer sea ice from helicopters, researchers were able to gain a better understanding on their warm weather metabolism. This kind of approach was never tried before, so it offered groundbreaking information.

It turns out the polar bears’ body temperature patterns during summer are nowhere near those recorded of bears hibernating over the winter months. Instead, the patterns fell into the ranges of typically starving mammals.
Image Source: Life on Thin Ice