You are here: Home / Health / The Dad Bod or the Strong Father-Child Bond 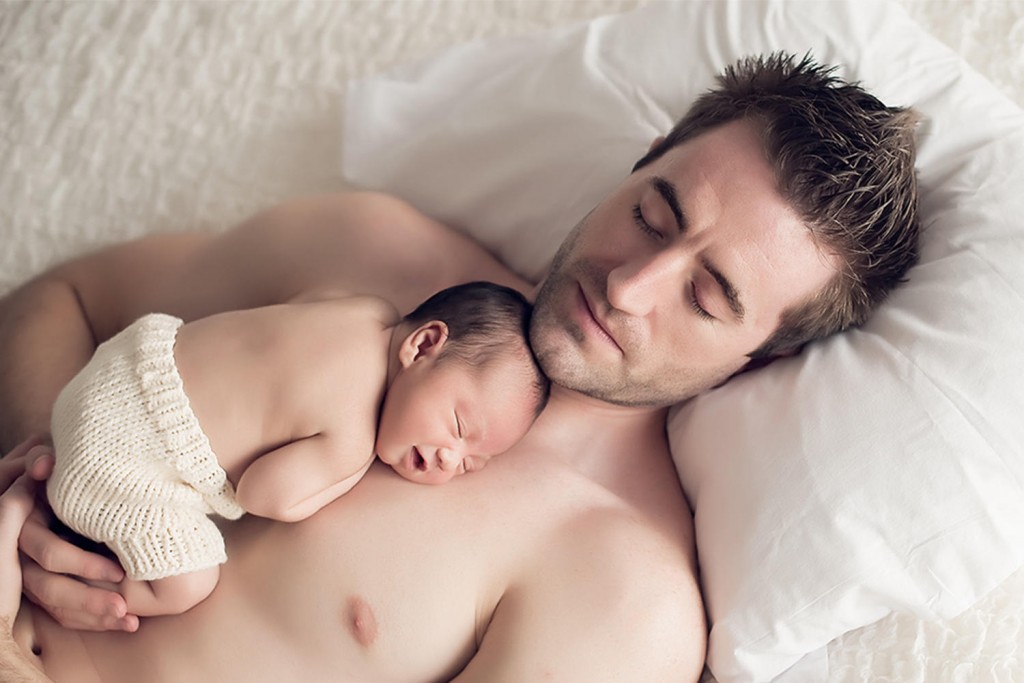 Dads go through many emotional and physical changes after their first baby is born. The higher prolactin levels in their body make them more caring and loving, but they could also cause an increase in their BMI levels.

Family men, in general and fathers, in particular, are often regarded as strong pillars of the family that have to provide for their wife and children. Scientists, however, have recently proven that men have a much softer side by explaining the dad bod or the strong father-child bond.

Fathers, like mothers, go through many physical and emotional changes once they welcome a baby into their lives. A recent study conducted by Professor Craig Garfield from the Feinberg School of Medicine at the Northwestern University, has shown that men gain weight, too, during and after their wives’ pregnancies.

The findings of the new research were published in the American Journal of Men’s Health to raise people’s awareness on the health problems that affect men with children.

The study comprised the observation of a large group of 10,623 young men, whose evolution was studied on a 20-year period.

The youngest members of the research group had enrolled when they were only 12 years old and they were observed until the age of 35, the researcher has explained.

Figures have indicated that regular-sized men, who are 6-foot tall can gain 3 to 5 pounds in the years that follow the child’s birth, especially if they become fathers for the first time. Their BMI levels get worse if the father does not live with the child; they can add 3 more pounds, so the scientists have found after comparing the reports of the study.

Men, who did not become fathers have a better control over their body weight. The childless participants in the study group have lost 1.4 pounds during the given period of time. However, Garfield reassures people that the psychological tests that had been handed out during the 20-year period indicated that married men with children were much happier than their single colleagues.

Based on the results of the recent medical tests, it has been proven that men, too, go through different hormonal levels during their wives’ pregnancies. Their testosterone levels drop significantly and their body begins producing prolactin, a hormone that renders them much more loving and caring. These hormonal changes could account for the increased body weight of the new fathers, although additional studies are required to prove this hypothesis.

Based on the recent discovery of the dad bod or the strong father-child bond, scientists recommend medical experts to pay attention to fathers’ health problems, too, not just the mothers’. There could be many other health issues arising from fathers’ obesity problems, which is why they should take part in periodical medical checkups.

Share your thoughts and your experience with us by leaving a message in the comment box below.