You are here: Home / Tech & Science / The Big, Beautiful and Blue of Lake Tahoe 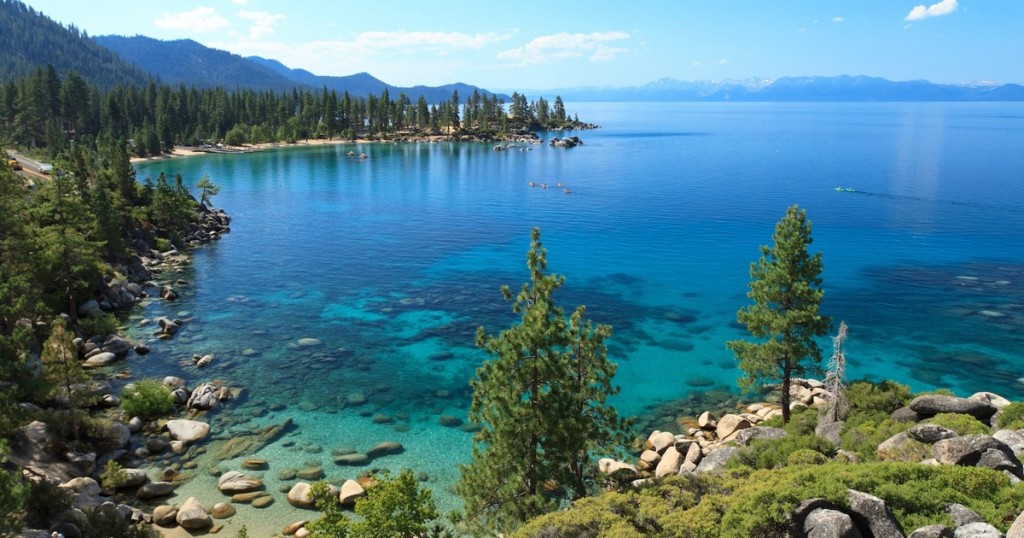 The striking blue of Lake Tahoe is due to low algae concentration.

While it has previously been attributed to the water’s clarity, the big, beautiful and blue of Lake Tahoe is instead caused by low algae concentration. It has been an iconic color for years that brings many visiting the famous lake and several studies have given their theories regarding the crystal clear blue.

However, using data from a research conducted by NASA Jet Propulsion Lab (JPL) and an instrument meant to capture light, researchers found the real reason behind the entrancing color of Lake Tahoe. The initial purpose was to create a Blueness Index, basically to nearly mathematically measure the amount of blue.

The 22 mile long and 12 mile wide lake gains its trademark blue waters due to a low concentration of algae in an indirectly proportionate manner. The less the concentration, the bluer the lake. Which in turn means that the less nutrients for the algae to feed on, such as nitrogen and phosphorus, the less the plant life.

Due to droughts, for example, the flow of rivers and creeks entering the lake has been diminished and that is the ideal circumstance to maintaining the clear blue. It lessened the number of algae nutrients circulating, thus lowered the concentration of algae in the lake.

Conservationists and environmental groups concerned with Lake Tahoe, however, have been more focused with maintaining the water’s clarity by mistakenly associating clear with blue. And they have been quite successful, as reportedly, the lake is so clear that a viewer could see 70 feet below in some places.

However, new research has separated the matter of water clarity to the water’s blue color, which should properly divide their attention in order to maintain both. The researchers at the University of California have managed to put both a number to the blue and a cause to how Lake Tahoe will maintain its attraction.

While the clarity is determined by sediments filtered by marshes and meadows before reaching the lake’s waters, the blue is controlled by the algae concentration, both important. It emphasized the point that algae nutrients should be properly input and watched in order for the lake to keep the beautiful blue it’s now known for.

In the last three years, the color of Lake Tahoe has seen improvement due to the funds dedicated to preventing erosion and other particles that might lower the clarity as well, but both traits will inevitably change with seasons, so the clear blue should not always be expected.