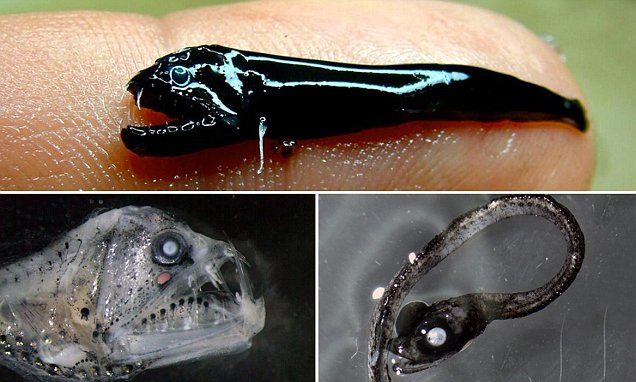 CSIRO’s ocean explorer has identified new species of fish on the eastern coast of Australia.

Scientists at the CSIRO community have recently announced that new terrifying fish species frighten the Sidney Coast. These new species have long fans, mollusk-like body and stings in their tails, researchers have stated.

Researchers at the Commonwealth Scientific and Industrial Research Organization have made many discoveries this week during investigations on the Sidney Coast. Marine biologists are now investigating unusual species of fish, which were photographed on Monday, proving that the underwater diversity in these regions could be a lot more diversified than it was initially believed.

Based on the pictures that scientists have provided, the newly found fish species have been endowed with many killer attributes. Although small in size, the fish appear rather terrifying as a result of their long fangs and tail stings.

‘Monstrous’ is the right word when it comes to describing the overall appearance of these fish. They often resemble mollusks because they have small sticky bodies, but their colors may vary. The pictures that researchers at CSIRO have taken illustrate how some exemplars are transparent due to their while color, while others are pitch-dark.

Scientists can’t say what these species eat and how they behave with the other fish on the Sidney Coast. They reckon they must carry out additional experiments and tests before they can draw additional conclusions on them.

Marine biologists could not explain how these species appeared in this region, in the first placed. Additional researches have indicated that these species might have something to do with the commercial fisheries existing on the eastern coast of Australia.

In addition to the aforementioned images that CSIRO has taken, they have also made a significant discovery in relation to the volcano chains surrounding Australia. More specifically, they identified four new active volcanoes, which are located at approximately 200 kilometers from Australia’s coast.

Researches have also shown that the mountain chain has a length of 20 kilometers and a width of six kilometers. The highest peak arrives at 700 meters, scientists have concluded.

These unexpected mountains appeared 50 million years ago and they are now covered by 5 kilometers of water. The finding marks an important event for CSIRO’s ocean explorer device, which is constantly used to scan the depth of the waters. So far, it has mapped 3,000 meters and scientists will most likely use it again in the future, considering the good results they have had so far.