You are here: Home / Tech & Science / Supermassive Black Holes May Be Super-Common 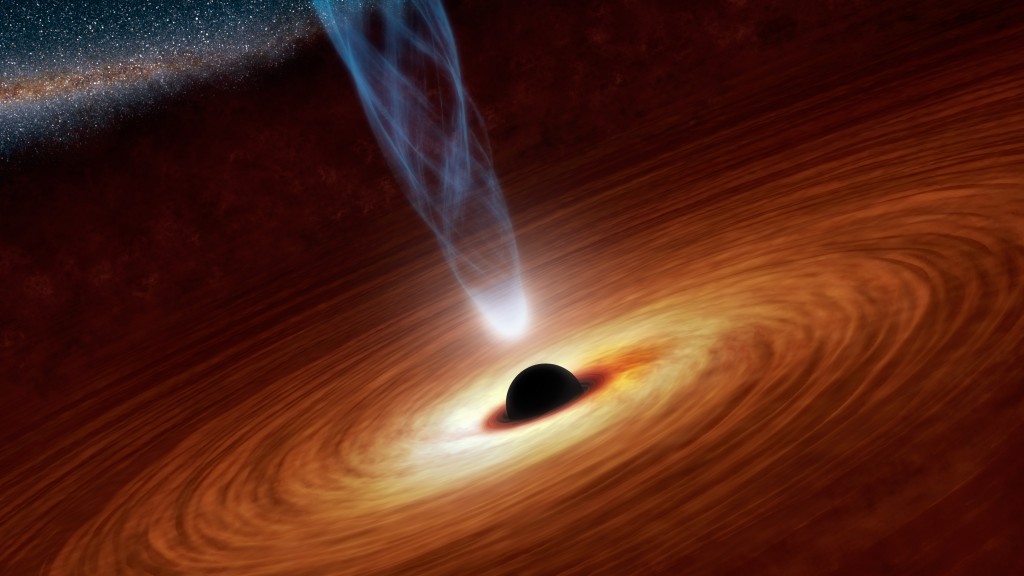 Suddenly, there may be many, many more black holes than we thought.

According to a recent study, it turns out supermassive black holes may be super-common, compared to what we had previously known. This may completely change the way in which astronomers look at the sky, and maybe how we think of the universe.

Yet, there never is enough theory as to what black holes exactly are. To clarify, black holes represent extremely powerful drains, which constantly attract material into their hole, which represents an infinite density point made up of hundreds of thousands to billions of suns.

These black holes were formerly believed to be quite few in comparison to the infinite space taken up by the universe. Yet now, we have data to confirm that there are much more than just a bunch.

A team led by British researchers has uncovered five new black holes, which they call “monster” black holes. These formations had been previously hidden from view by their own clouds of dust and gas.

For this discovery, the team used NASA’s NuSTAR (Nuclear Spectorscopic Telescope Array), which was launched in 2012. It has the ability of seeing extreme high energy X-rays coming in from extremely far away.

George Lansbury, lead scientist, said that this discovery effectively sheds light on the existence of countless more black holes. Since their discovery, there wasn’t really an effective method of detecting black holes that were obstructed from view. It was assumed that there were more, yet no way existed of proving the theory.

These “buried” black holes could be everywhere, and as Lansbury says, by extrapolating the results obtained from searching in this very small portion of the known Universe, we could be looking millions more than were previously thought to exist.

The clearest explanation given for why it took so long to discover these hidden monsters is that up until now, only low-energy X-rays were used in searching for them. But now, with the availability of such an amazing device as the NuSTAR, which is basically a giant telescope fixed in orbit, we can use high-energy X-rays to better see through space. These rays penetrate the layers of gas and dust which cover the black holes.

The results were met with enthusiasm when presented to the National Astronomy Meeting organized by the Royal Astronomical Survey. The scientific project was financially backed by STFC – the Science and Technology Facilities Council. The study is awaiting to be published in The Astrophysical Journal.