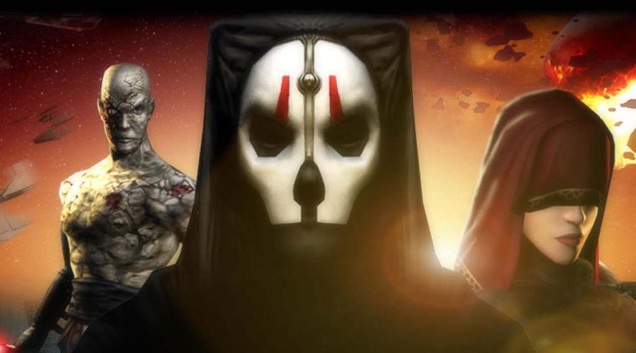 Star Wars: Knights of the Old Republic was first released in 2004.

There’s good news for avid fans of the sci-fi series as Star Wars: KOTOR II gets revamped and will soon be playable on higher performing platforms in bigger resolutions. It has been over a decade since we heard news about a RPG videogame that most thought to be dead by now. At the very least concerning updates.

Star Wars: Knights of the Old Republic II will be seeing a reportedly huge update and will be available on Steam, to begin with. Among the promising number of bug fixes and content customization options, the game will offer widescreen support to resolutions up to 5K, Steam Cloud saves, controller support for other platforms and 37 achievements to gain through gameplay.

Published by Bioware in partnership with Obsidian and LucasArts, Star Wars: Knights of the Old Republic II, otherwise known as simply KOTOR II, was released in 2004 and gained praising reviews from critics. Albeit, it could not surpass the masterfully made and riveting storyline of its prequel, Star Wars: Knights of the Old Republic, who to this day, claims the title of having one of the best storylines in history of gaming.

It set the bar high for its sequel and, sadly, KOTOR II did not match up enough to draw a third installment of the franchise. Fans have begged, pleaded and then aggressively demanded the continuation of the beloved series, but to no avail.

However, it was recently announced that Aspyr in partnership with Disney and LucasArts will be releasing a revitalization of the game released over 10 years ago, and the first update it has seen since 2005. Fan patches could only go so far, and they have admittedly done quite a lot for the game throughout the years, where several fan-made fixes have repaired some of the common issues with the game.

Apsyr plans on reviving the game, bringing it to our widescreens and high resolution that we did not have available a decade ago in order to revisit one of the most popular games in the Star Wars franchise. Through the list of new features introduced, what has definitely gotten gamers excited, and is likely to make them hit the ‘Buy’ button, is the Steam Workshop that will work with the game’s content.

By downloading “The Sith Lords Restored Content Mod”, fans will have a series of editable content within their hands and customize their favorite game to how far their heart desires. Or at the very least, to how far the game’s engine allows.