You are here: Home / World / Record Numbers of Migrants Seek Refuge in Europe in First Six Months of 2015 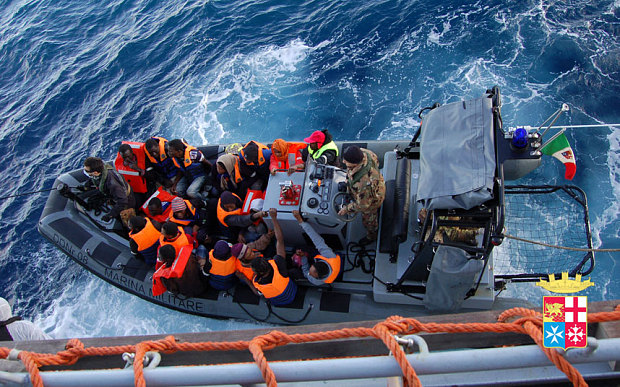 According to a recent United Nations Refugee Agency report, the first six months of 2015 have already knocked off all records of people crossing the Mediterranean Sea seeking resettlement under international law.

The shores of Europe have been swamped by huge numbers of boats carrying desperate people running away from war zones or poverty. The UN Refugee Agency estimates that from January to June roughly 137,000 people arrived in Spain, Italy, Malta and Greece.

During the same period last year, the numbers were 83 percent lower; the second half of the year is expected to bring even more migrants looking for adoptive countries. Most of them are Afghans, Syrians, and Eritreans, which means they are fleeing persecution or war in their native countries.

The Mediterranean crisis is, therefore, mainly a massive refugee crisis. The agency pointed to the fact that Syrians represent one in three migrants landing in Greece or Italy. According to the report, they are entitled – almost unanimously – to receive refugee status and other forms of political and social protection.

During last year, violence was the number one cause of more than 11 million people being uprooted from their homes and countries – amounting to the worst migration crisis since World War II.

However, European lawmakers are not thrilled about the solution the European Union has provided. Attempting to gain a larger international response by proposing mandatory migration quotas was officially deemed unsuccessful last week when the EU had to scrap the proposal away.

Tens of thousands of migrants land in just a few of the coastal countries, overwhelming migrant processing organs, so the plan was to call the 28 member states of the European Union to action, asking for shoulders willing to share the burden.

But after the mandatory quotas were rejected, the EU changed the plan to distribute the 40,000 people only among countries which “agree by consensus” by the end of July.

Such measures and strategies are required mostly because migrants who land in Italy or Greece often attempt crossing in northern countries with better job opportunities — only to be blocked.

The United Nations hopes that releasing these statistics will encourage European countries which have signed the global refugee treaty to offer refuge to more people fleeing war and persecution – it’s not a choice, but an obligation they have taken upon themselves.

Unfortunately, migrants who leave extremely poor countries where food and employment opportunities are scarce, and cannot prove they are seeking refuge do not qualify to receive the same protections.

The unprecedented global exodus has already taken the lives of more than 1,800 people during their dangerous sea crossing – and this is the reason why Europe needs to show solidarity towards each other and share the responsibilities and the costs.
Image Source: Telegraph.co.uk