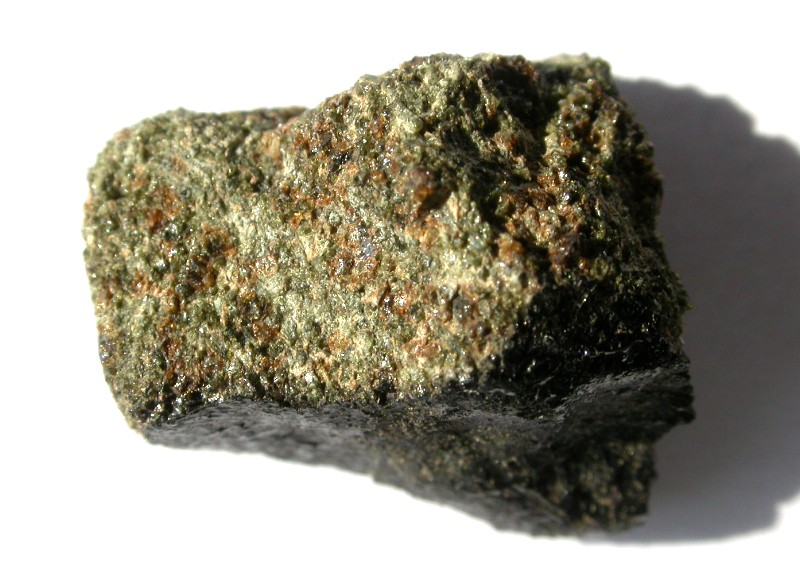 Scientists claim that Mars could have once sustained life because of opal discoveries on the Red Planet. The stone which is also known as fire opal because of its yellow, orange and red coloration was found on a meteor from Mars.

The meteorite, known as Nakhla, is owned at the time by the Natural History Museum in London. The rock was blasted by a very powerful strike from an unidentified object off of Mars millions of years before the meteor landed. The meteorite was named after an Egypt town where it landed in 1911.

Scientists used an electron microscope to identify small amounts of opal. This discovery backs up the analysis of Martian rovers that, at least in small quantities, opal on Mars is present. The opal was probably born by the interaction between silica and water. On Earth, this process is quite usual.

Scientists claim that this is the first time when opal coming from Mars was discovered in an asteroid on Earth. This lead to the finding of numerous pieces from the item and it became a small legend between astronomers. Even though they were indefinite, there were signs of a biological activity seen in the rock in 2006 and 1999. The same team of researchers that discovered this later revealed a secondary material in the meteorite in 2013 created by the interactions between minerals olivine and augite and water. This was the very first evidence of water having an impact on the Mars surface.

The meteorite crashed onto Earth in 1911, on June 28 and it was seen by a very large group of people. There were about 20 pounds of debris in about 40 pieces found in a 2.8 miles area from the impact zone. The largest piece of the Nakhla meteorite weighed only a little over four pounds and two pieces of the space rock were donated to the London National History Museum.

There is also a legend that a piece from the meteorite killed a dog when the crash happened, but this hasn’t been confirmed by anyone official. Examinations in the future on the surface of Mars could now focus a lot more on opal in order to understand a lot better the history of the Red Planet, as well as the chance of life on it in the ancient times.

The study about the discovery of opal on Mars and a deep analysis of the Nakhla meteorite were published in Meteoritics and Planetary Science.