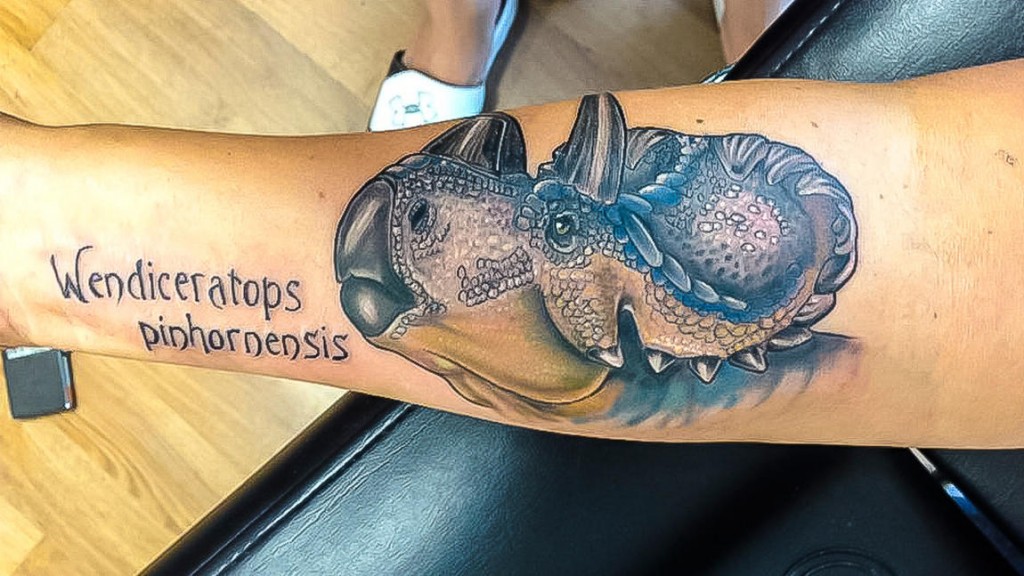 Scientists have recently discovered the fossil of an unknown dinosaur in Canada that lived more than 79 million years in the past. The dinosaur is called Wendiceratops pinhornesis and it is among the oldest such dinosaurs ever to be discovered. It is a relative of Triceratops and the connection between these two species is very apparent once you look at its fossil. The Wendiceratops pinhornesis has a similar frill on his neck as well as horns over the nose and above its eyes. Researchers believe that its horns could have helped the animal attract mates.

Scientists claim that this new discovery will help them better understand the Triceratops family evolution through time. David Evans, a paleontologist at the Royal Ontario Museum said that the discovery is extremely important as it is able to reveal to them new information regarding the evolution of the horns, hooks and skull ornamentation of the dinosaur, which are very significant to that particular group of animals.

Only some years ago scientists only had knowledge of about 30 such horned dinosaurs but at the current time that number has doubled and it seems like new ones keep appearing all the time. The new fossil was discovered by Wendy Sloboda in Canada and she recognized it as being part of the horned dinosaur family, so she shared the GPS coordinates with some of her colleagues, namely David Evans and Michael Ryan of the Southern Alberta Dinosaur Research Project.

The two paleontologists were extremely excited about the astounding discovery and immediately traveled to the location where the fossil was found. After analyzing the skull fragment, Ryan and Evans were convinced that it was indeed something new and put together a team of scientists in order to excavate the surrounding area where the dinosaur was found.

After digging through the area the team of volunteers and students revealed over 200 pieces of bones from four dinosaurs. The scientists believe that the horns of the dinosaur helped the animal seek mates but there is a possibility that the horns helped the males demonstrate their fitness and strength to the females.

The scientists in Canada named the dinosaur species Wendiceratops pinhornesis, after Sloboda’s name and the name of the area where it was found, the Pinhorn Provincial Grazing Reserve. Wendy Sloboda is now part of a very small group of female scientists who have dinosaurs named after them and she called this a huge honor and celebrated by getting a tattoo of the oldest horned dinosaur on her arm.