You are here: Home / Tech & Science / NASA Raises Questions of Favoritism by Sharing First Image of Pluto on Instagram 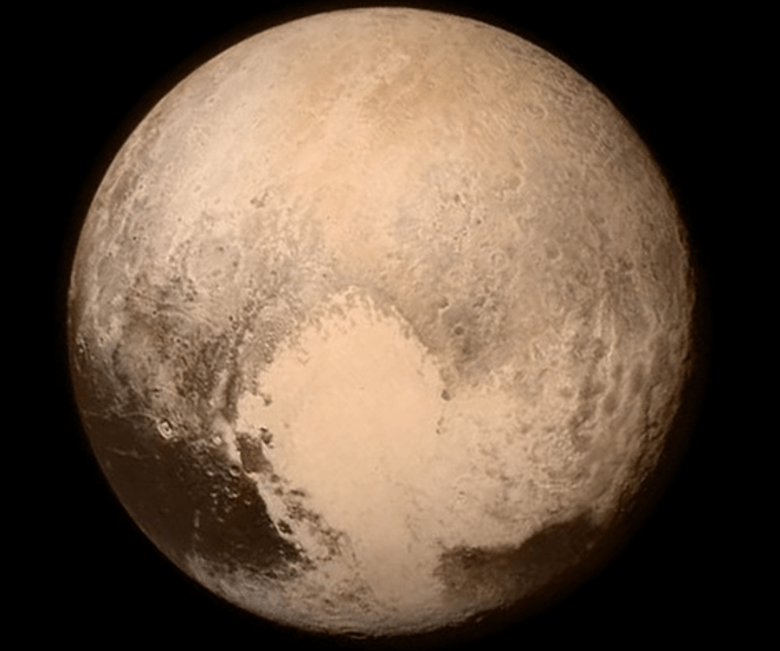 Instagram received a great endorsement from NASA, which agreed to post its first image of Pluto on the massively popular photo-sharing platform.

NASA did Instagram a great favor – increasing its popularity even more – by giving it an hour-long head start on the first picture we have of Pluto’s surface before the official release. NASA also provided in the description all the sciency details that explain what’s what.

According to John Yembrick, NASA’s social media director, offering the Instagram sneek peak was an editorial decision, as the agency looks to engage with new audiences on different platforms.

But it’s not like NASA is barely getting a start on Instagram. If you’re not already following them, you might not know how immensely popular the agency is on the photo-sharing network. Clicking on any of the picture will show you over one hundred thousand double-taps. With 3.5 million followers, NASA’s account has more eyes on it than those of MTV or the social-media-phenomenon Humans of New York.

But according to an Instagram spokeswoman, this is the first time the social network has called dibs on any of NASA’s space exploration photos. As a matter of fact, it’s a first for the space agency as well, as they have never given a first peak to a social media company – even if it’s just an hour head start.

And the move is nothing short from brilliant, as the picture was instantly seen by 3.5 million Instagram users that follow NASA’s account, instead of just waiting to be noticed by people checking the agency’s official website.

At the same time, Instagram has a huge win, as many users have shared the photo linked to the Instagram initial upload, or have embed this version rather than just sharing a straight image file. Instagram also gets to show off its new search and discovery feature designed to turn the platform into a reliable form of delivering news.

However, NASA’s move has raised questions of possible favoritism. By singling out just one private media outlet for their first Pluto release, NASA has broken its long-standing practice of releasing such historic images directly on its public website.

Handing Instagram – a Facebook-owned company – an exclusive debut falls in line with Facebook’s plans of getting its hands on as much content as it can and have it published directly on its own platform rather than linking out to any other website.
Image Source: Venture Beat