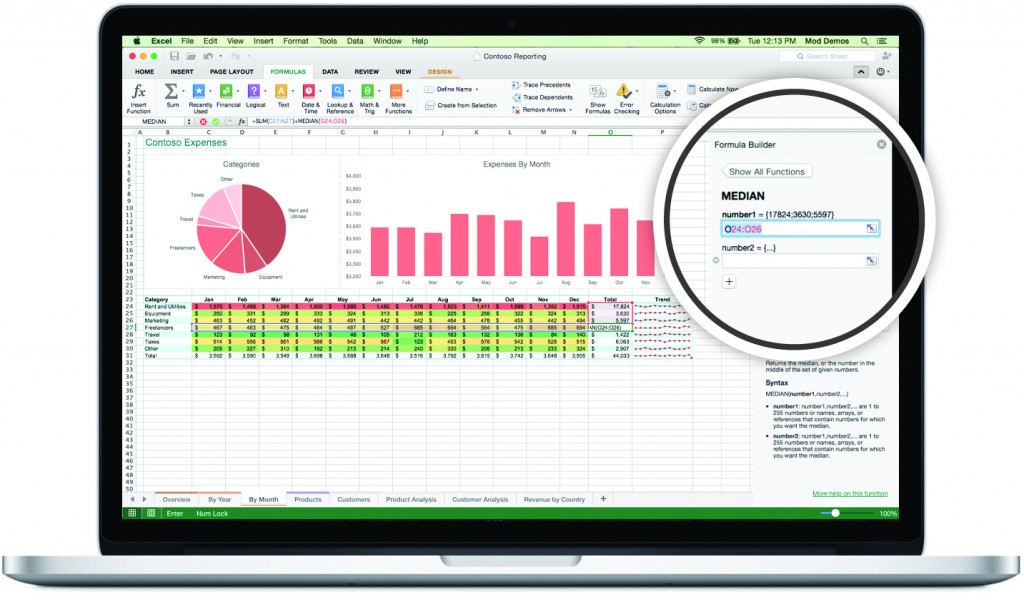 Microsoft released its new version of Office for users that own an Apple computer. The new software is made available at first for subscribers of the Office 365, Microsoft said, which means that the people who own a subscription for Office 365 ProPlus, E3, Business Premium, Business, Personal or Home will be the first ones to get their hands on the new productivity suite. A standalone version of the software won’t be made available by the tech giant until September this year, and the pricing hasn’t yet been revealed.

Mac users that have an Office 365 subscription will be given a wide range of options when it comes to payment, depending on what their needs are. Office 365 Personal costs $6.99 per month, Office 365 Home costs $9.99 and students benefit from special plans and will be able to get Office 2016 for Mac with a discount and even for free in some cases, said Microsoft.

Office 2016 for Mac has been in Microsoft’s type of beta release, namely preview testing, since March. That preview testing meant that the company received over 100,000 feedbacks from customers and over its course Microsoft has patched and updated its Office suite seven times in order to improve its stability and performance. The updates made available by the company also included some new functions for its applications such as Excel’s new support for External Data Connections, Outlook’s Propose New Time and Word’s Mail Merge.

The new suite which includes new versions of OneNote, Outlook, PowerPoint, Excel and Word is currently available in 16 languages and 139 countries worldwide. It features the recognizable task panes and ribbon interface and other features designed for Apple computers such as Retina support, multi-touch gestures and full screen view. The software is also fully integrated with the cloud which means that users can switch between different devices, including the web, phones, tablets and PCs, in order to resume editing on files as they please. This also makes collaborating with different people on the same file a lot easier.

This release comes after the versions of PowerPoint, Excel and Word for Android mobile phones launched two weeks ago, and is only weeks ahead of the upcoming release of the Office Mobile apps for the new Windows 10.

Microsoft also said that the new productivity suite will get quarterly updates and patches.