You are here: Home / Tech & Science / NASA’s Curiosity Rover on Mars Has Found Rocks That Prove the Planet Has Continental Crust 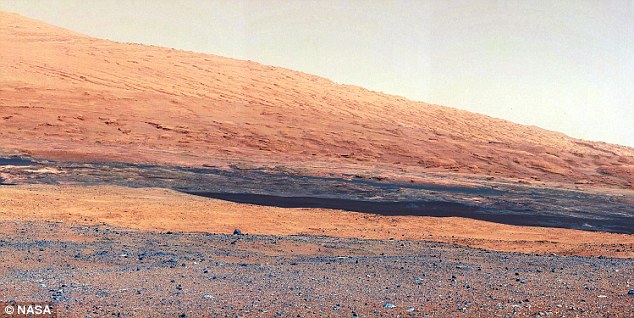 NASA has stated that Mars has tectonic activity, based on the recent discovery of new granitic rocks.

Based on recent scientists’ reports, NASA’s curiosity rover on Mars has found rocks that prove the planet has continental crust. Until recently, it was believed that Mars was made entirely out of basaltic rocks, but the recent finding comes to prove the Red Planet could be a lot more similar to the Earth than it was initially believed.

Experts at the National Aeronautics and Space Administration have published a new study in the journal of Nature Geoscience proclaiming that Mars bears many more resemblances to our Mother planet. Their recent declaration is based on the identification of a series of granitic rocks proving that the celestial body has continental crust.

Further analyses of 22 stone samples have proven that these rocks are not basaltic, dense rocks, but rather low-density craters that could have appeared 4 billion years ago, according to scientists’ estimates. These rocks are made out of quartz and feldspar – strong indicators of the presence of the continental crust on Mars.

These granitic structures used to exist on Earth, as well. The so-called Tonalite-Trondhjemite-Granodiorite (TTG) rocks first formed on our planet 2.5 billion years ago during the Archean age. They are the best evidence of volcanic activity; therefore Curiosity’s recent discovery on Mars suggests the Red Planet could have developed tectonic plate activity.

The increasing similarity between the two planets has got scientists thinking more about the evolution of the Red Planet. They will most likely try to determine how Mars used to look when these granitic rocks first appeared 4 billion years ago.

Roger Wiens, a scientist from the Los Alamos National Laboratory and the author of the paper, Violaine Sautter have concluded that the recent discovery would not have been made possible if it hadn’t been for the ChemCam laser instrument. The latter enabled them to cut sections into rocks and perform depth analyses of their composition, which would not have been possible through regular satellite images.

For a detailed description of the scientific investigation, the results of the research may be read in the journal Nature Geoscience.