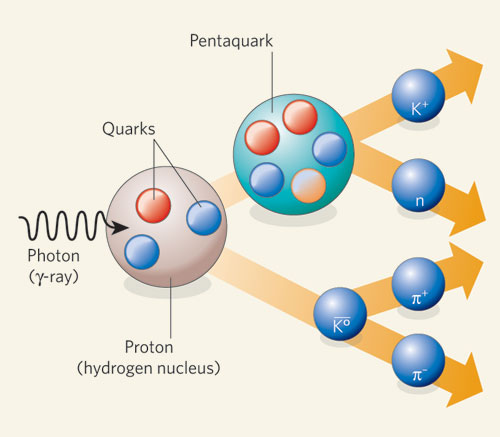 Pentaquark particles were first identified in 1969, but no study was able to confirmtheir presence.

According to a recent study published in the journal Physical Review Letters, the Large Hadron Collider has found a new pentaquark particle, setting the grounds for future discoveries. The new finding indicates that matter has different states, scientists have concluded.

The Large Hadron Collider went through a two-year pause during which scientists have upgraded its systems to increase the amount of produced energy. The machinery was restarted two months ago after releasing 13 TeV energy mass during its most recent world record.

Two months after the LHC has been put in motion again, scientists have announced that the machinery has led to a new groundbreaking discovery. More specifically, it was for the first time that pentaquark particles have been spotted, suggesting there could be more matter states than scientists initially believed.

The pentaquark particle was spotted when researchers studied the structure of a Lambda baryon. This particle is a made out of three quarks, whose disintegration was closely analyzed by researchers during the recent experiment.

Collected images and data have revealed the face of the pentaquark for the first time. They usually consist of two different types of quarks, namely, a down quark, a charm quark and an anti-charm quark.

Scientists conducting the experiments with the help of the collider have named these newly identified particles exotic quarks. The machinery performed collisions of 7 and 8 TeV before it was able to identify the pentaquarks, according to the description provided by the journal Physical Review Letters.

There could be many scientific applications deriving from the present study, especially since researchers have been anticipating a similar discovery for a long time. They believe the study on pentaquarks could shed more light on the process of star collapse. Pentaquarks could explain experts how black holes form taking into consideration that these particles appear during the final stages of the star collapse.

Quarks were first named by scientist Murray Gell-Mann during the study he performed in 1969 on matter. He suggested back then that matter could be made out of protons and electrons containing new species of particles called quarks. However, his supposition was never confirmed by previous studies, which makes the recent LHC discovery even more important.

Scientists will repeat the current experiment hoping they could gather additional data on the particle. For that, they will program the collider at higher levels of energy as the presence of one pentaquark particle is a strong indicator of a wider variety of quarks.