You are here: Home / Technology / Instagram Proves Once Again Some Users Can Go Around Its Nudity Policy 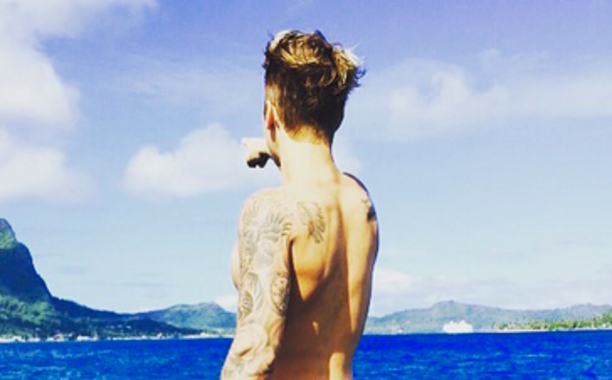 At least 600,000 people had a good look at Justin Bieber’s bare butt as he attempted to become the next celebrity to “break the Internet” with an Instagram picture. On July 6, the singer posted the picture that quickly gained popularity among fans and in the media, showing him vacationing somewhere and being completely naked – admittedly, the pic showed only his behind.

After someone “close” to Bieber pointed out that his audience is more varied that he considered when he posted the picture, the artist took it down, but only 5 days later. He also reported that he was in no way pressured by Instagram or anyone else to do so, nor did he feel what he did was bad.

Even though this is not the first time people have posted butt pics on Instagram, the question remains: just exactly how much butt does Instagram allow? The photo-sharing platform has recently upgraded its guidelines so as to address this specific matter and to clarify its position.

According to these rules, Bieber’s bare backside had no place being on the site for 5 days, and an Instagram spokesperson agreed to shed some light on how the social network responds to various types of nudity. The clear company stand is that nudity is not allowed – even when people consider it to be “artistic or creative in nature.”

Instagram includes in this category “photos, videos, and some digitally-created content that show sexual intercourse, genitals, and close-ups of fully-nude buttocks.” The spokesperson also mentioned that female nipples are normally banned, exceptions made for women uploading scars of post-mastectomy or pictures during active breastfeeding.

Based on this policy, Bieber’s picture clearly violated the rules – yet, it was allowed for hundreds of millions of fans and non-fans to see for five days. It’s true that the policy regarding nude pictures on Instagram has created some controversy, mostly because photos were removed even when it wasn’t the case.

Users argue that not all the times Instagram invoked its nudity policy for deletions were justifiable. Pictures of fully clothed derrieres found themselves taken down in a matter of hours after posting, but Bieber was able to let his cheeks salute the world for nearly a week.

It is fairly implausible that Instagram employees didn’t notice is, as it generated so much publicity and waves in the media, so why wasn’t it taken down as well? Some are starting to believe that Instagram doesn’t apply the same rules for all users, and there’s a preferential treatment going on for high-profile celebrities.

One explanation might be the fact that the community hasn’t flagged his picture as inappropriate material, which is one of the systems Instagram highly relies on. In some cases, people have reported a picture just because they didn’t like it – and if plenty of users have also reported it, Instagram might have taken it down automatically.

So, despite Instagram’s apparent efforts of clarifying its position towards nudity, it seems its system is still broken.
Image Source: Entertainment Weekly