You are here: Home / Health / Back Pains Could Be Eased With High-Frequency Spinal Cord Stimulation 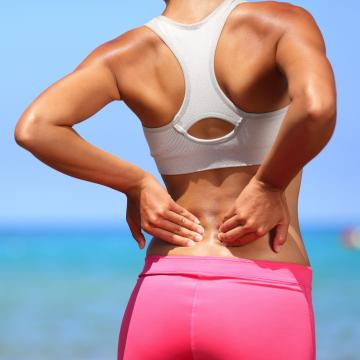 A recent medical study suggests back pains could be eased with high-frequency spinal cord stimulation, so traditional low-frequency stimulation could soon be replaced by this much more effective treatment. The conclusion has been reached after scientists observed the medical condition and evolution of their patients suffering from back and leg pains.

The study conducted by Professor Leonardo Kapural from the School of Medicine at the Wake Forest University suggests spinal cord stimulations (SCS) should be performed at high frequencies instead of low frequencies because the former are much more effective for this affections.

The study involved the observation of 170 respondents on a period of three months. During this time interval, participants were implanted a stimulation device under their skin, which delivered periodical stimuli of 10,000 Hz. This frequency has been labeled as being 200 times higher than the traditional frequencies involved in SCS.

The observation procedure has been resumed after a 12-month period so medical experts could determine the long-term effects of the high-frequency treatment. Figures have shown that 55 percent patients had fewer back and legs problem due to the HF10 treatment, whereas the traditional methods have only led to a 32 percent improvement of patients’ condition.

Further details on the study and its findings could be accessed in the journal of Anesthesiology.