You are here: Home / Health / E-Cigarettes Among Teens is Just The Beginning 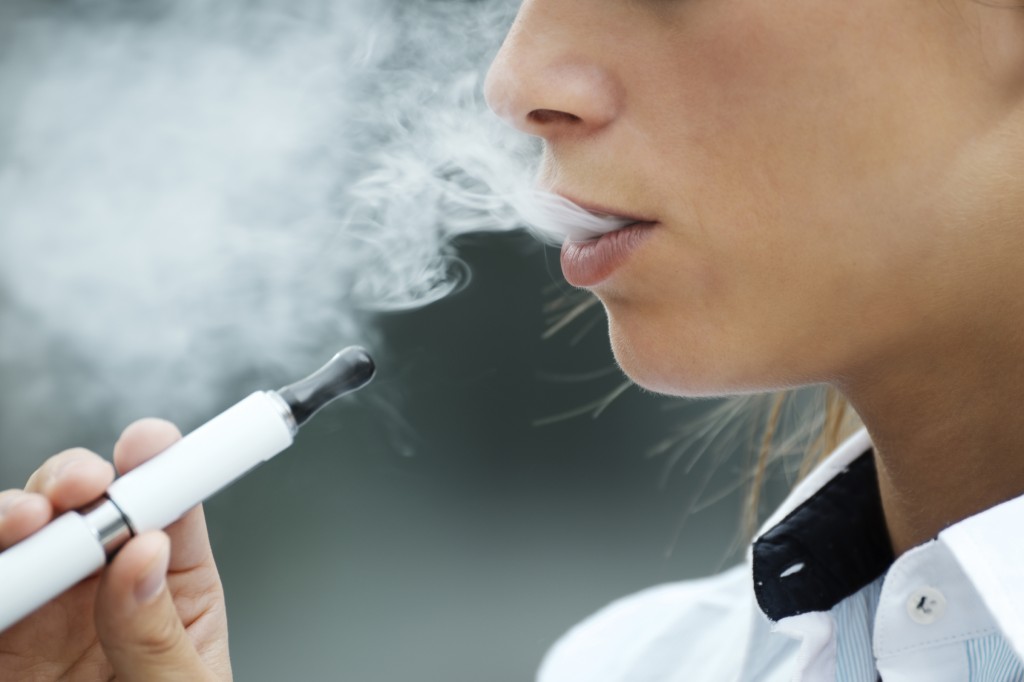 E-cigarettes are growing in popularity among teenagers.

Cigarette use may be down due to harsher regulations concerning selling them to minors, but e-cigarettes among teens is just the beginning and may still see those numbers lifted again. It’s common by now for young adults to acknowledge that cigarette smoking is unhealthy, but opinions shifts a bit when it comes to their electronic counterparts.

Electronic cigarettes, otherwise known as e-cigarettes, are a battery powered simulation of actual cigarettes designed to deliver smaller amounts of nicotine, flavor and other chemicals when inhaled. Its main attraction is the lack of tobacco and has been claimed to have better health benefits since there is no actual smoke involved, only vapors.

The trend has become popular among teenagers and the University of Southern California conducted a study to determine just how far the habit is rooted and what environmental factors might have led to its use.

The survey saw to 2,084 high school students participating and were all inquired about the use of both e-cigarettes and normal cigarettes, in order to ascertain if the psychosocial factors had any kind of contribution as well where it regarded vaping.

Out of all of the high school juniors and seniors polled, 24% had reported using e-cigarettes and 9.6% admitting to being current users (meaning they had vaped within the last 30 days of the study). Fewer reported to being smokers of normal cigarettes, with 18.7% of the total smoking at some point in their life and only 5.7% current smokers.

It drew the researchers’ attention to the fact that cigarettes are indeed declining in popularity, but another is clearly there to fill the gap. Social factors were determined to be an influence among impressionable teens, with 34% of them living in the same house with other e-cigarette users and 49.5% reporting to have three or more friends who vaped as well. Boys were seemingly twice as likely to be smokers in comparison to girls.

When inquired about the health dangers they exposed themselves to, most agreed that both options were bad for their health, but nearly half of them claimed that e-cigarettes are less dangerous due to the lack of tobacco. However, electronic cigarettes are still a new product on the market, so there has been less time to understand their full effects by researchers.

The study drew the conclusion that social factors are highly influential toward e-cigarette use among teenagers and, while no concrete proof has yet been formed, it may pave to the way to smoking.

Medical professionals state that many teens are unaware of the risks due to a lack of proper campaigns to explain that the small concentration of nicotine may still cause psychological dependency, which might one day lead to normal cigarette use.