You are here: Home / Health / Bystanders Could Save Lives Through CPR 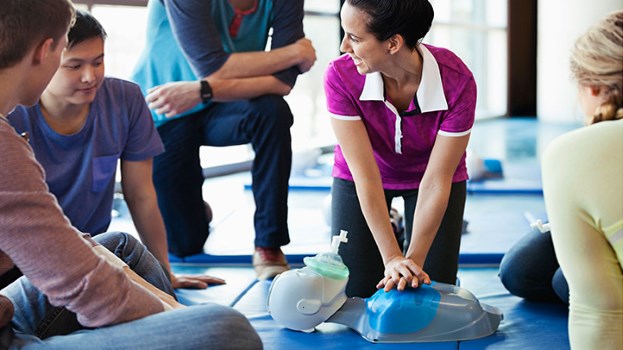 Learning to perform CPR might save someone’s life one day.

A recent study concluded that bystanders could save lives through CPR and could help improve the survival chance of cardiac arrest victims. Something as simple as taking a course will rob you of a few hours of your time, but might one day save someone’s life.

A new study at Duke University in North Carolina researched on whether a person’s chance at life improves if they received cardiopulmonary resuscitation (CPR) on the spot, before the intervention of medical professionals or emergency response teams. And it does.

Around 34% of cardiac victims have survived after receiving CPR from a bystander compared to those who did not undergo interference from someone in the public around them. Another similar study in Japan concluded that every 60 seconds of performing CPR will increase the victim’s chance for life by 5% without brain damage.

Approximately 200,000 people die in the United States from cardiac arrest, but perhaps many of the lives could have been saved if bystanders had the simple knowledge of performing CPR. Emergency medical response services are not always able to arrive in time and the risk of death is still high by the time the victim reaches the hospital.

It is one of the leading causes of deaths in the US and the general population is encouraged to take some time to properly learn how to perform it. The study’s premise begins with the notion that “No matter what you do, the person in cardiac arrest is dead.”, so your intervention could only help and possibly prevent the loss of life.

Out of the thousands victims each year, a good majority of them perish and studies have definitely proven that bystander intervention is directly associated to a higher chance of survival after hospital discharge. A person suffering from cardiac arrest has been reported to have chances of dying between 10% to 60% in cities where the average person has chosen to learn CPR.

The study calls for more awareness and the need for people to learn how to properly perform CPR in order to improve the survival rate of the numerous lives it takes. There are many local centers everywhere available which offer the simple lessons, but study authors discourage the use of the internet.

A practical, more “hands on” approach will not only be infinitely more useful, but might also save someone’s life, be it family member or complete stranger on the street.