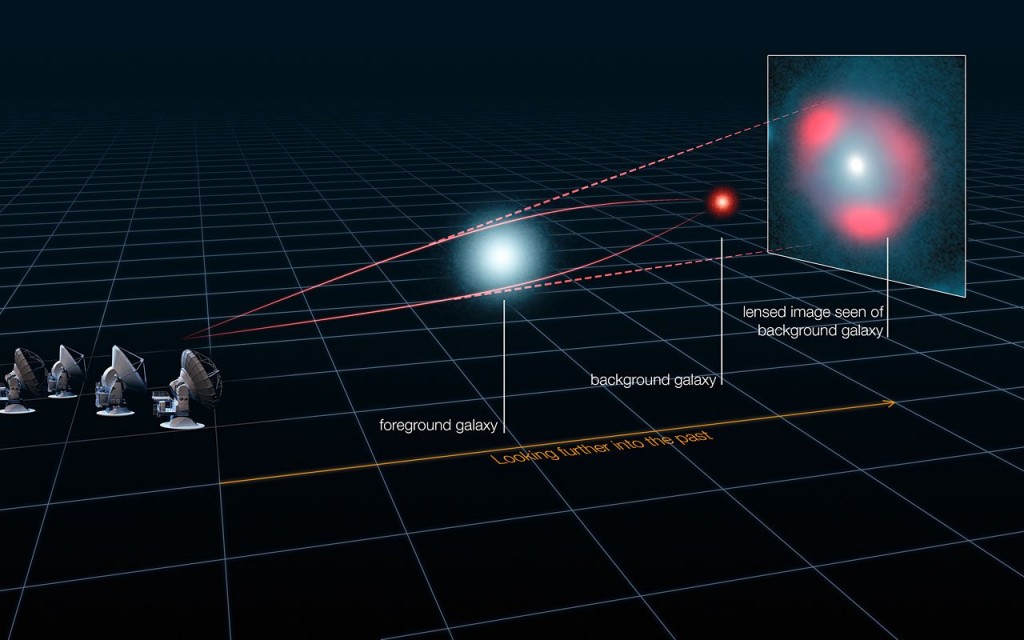 Found on the edge of the known universe, ALMA looks into old galaxy inception by finding remnants of the Big Bang approximately 800 million years later. Astronomers and astrophysicist have been looking for clues and theorizing on galaxy formation for a long while, and their search has finally bore fruit.

With the use of Atacama Large Millimeter Array (or otherwise known as ALMA), astronomers in Chile were able to catch an inside glimpse into the forming of one of the most ancient galaxies in our universe. The view has delved deeper into space, detecting more than small patches of light, but finding objects with an actual structure that will now be the subject of further research.

ALMA, is a 12-meter (approximately 40 feet) wide telescope, with 66 radio antennas and the ability to gaze deep into outer space. It is part of an international partnership between the Republic of Chile, Europe, East Asia, Canada and the United States, operational since 2013. Its purpose has been to provide insight into the darkest corners of our universe and so far it has lived up to the task.

While studying deep space with the use of the powerful telescope, astronomers were able to focus on the faintly glowing ionized carbon bits just next to a galaxy named BDF3299, one of the many galaxies responsible for re-ionizing the universe.

The process of re-ionization has been detected to be the cause of why light is able to travel through the universe. It’s essentially the phenomenon occurring after a young star is able to burn away at the light-absorbing clouds of gas surrounding it and, in doing so, allowing the light to spread beyond the restricting mass. After the Big Bang, spaces was littered with such dusty gas formations.

The image captured by ALMA showed a galaxy in its early forming, believed to have begun not even a billion years after the Big Bang. The faint glowing of ionized carbon could provide the best insight so far into the formation of galaxies found in the universe and allows astronomers to observe the forming process like never before.

The cold matter that forms into galaxies during re-ionization has been subjected to many theories among the years and this will be the moment when hypotheses find their initial testing. According to the study’s co-author Andrea Ferrara, it could clarify the multiple questions we have about the early stages of a new galaxy and possibly the beginning of the known universe.