You are here: Home / Technology / Takata Has Done It Again: 814 Ferraris Get Recalled Due to Faulty Airbags 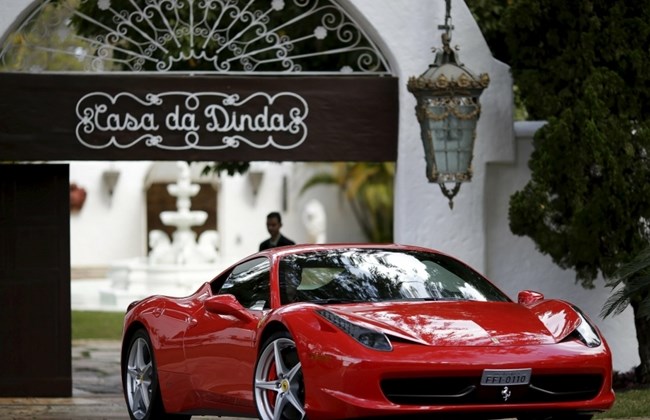 814 Ferrari vehicles will return to Takata’s service to have their airbags replaced.

New reports show Takata has done it again: 814 Ferraris get recalled due to faulty airbags. The call was issued for many of the Italian car producer’s models including 458 Spider, 458 Italia, 458 Speciale, 458 Speciale FF, A, F12 Berlinetta and California T. Ferrari’s most recent hybrid supercar, LaFerrari, has also been recalled for the replacement of the airbag systems.

Expensive cars don’t always mean safe cars, especially when manufacturing partners make colossal mistakes during the installation of the airbags. Ferrari, like many other car producers has been a victim of the negligent work carried out by airbag system producer Takata Corp.

The Japanese company released an official statement informing Ferrari owners that the models that have been produced and sold between December and April 2015 will have to be recalled as a result of the faulty airbag mechanisms that have been installed on them.

Ferrari has noticed this problem during the recent tests that engineers have made on the steering column of the 458 Italia model. Car experts have noticed that the airbag did not explode in the correct position, which might have caused additional injuries to passengers.

Ferrari’s representatives have explained that the investigation they have carried out on the vehicle has indicated them that the airbag was positioned in an unfair angle, whereas the leather cushions have been incorrectly glued. Spokespersons have also stated that the mistake could have turned out vital for the driver and the rest of the passengers.

The recall has been made for 814 vehicles – a small number if we were to compare it to the 34 million Toyota vehicles that have been recalled since the beginning of the year on accounts of the same problem. The replacement of the airbags will be entirely covered by Takata Corp, which has officially acknowledged its mistake.

Fortunately, no injuries have been registered, so far, Ferrari has reassured customers. However, the recall is expected to trigger a powerful discontent among customers, especially since Ferrari costs are very high.

The California T model has been priced at US$202,000, whereas the LaFerrari is sold in exchange of US$1.42 million. One would assume, when paying such huge amounts of money that the vehicle is completely fault-free, but the recent recall is the exception that proves the rule.