You are here: Home / Tech & Science / Why It Rains only in Summer on Saturn’s Titan Moon 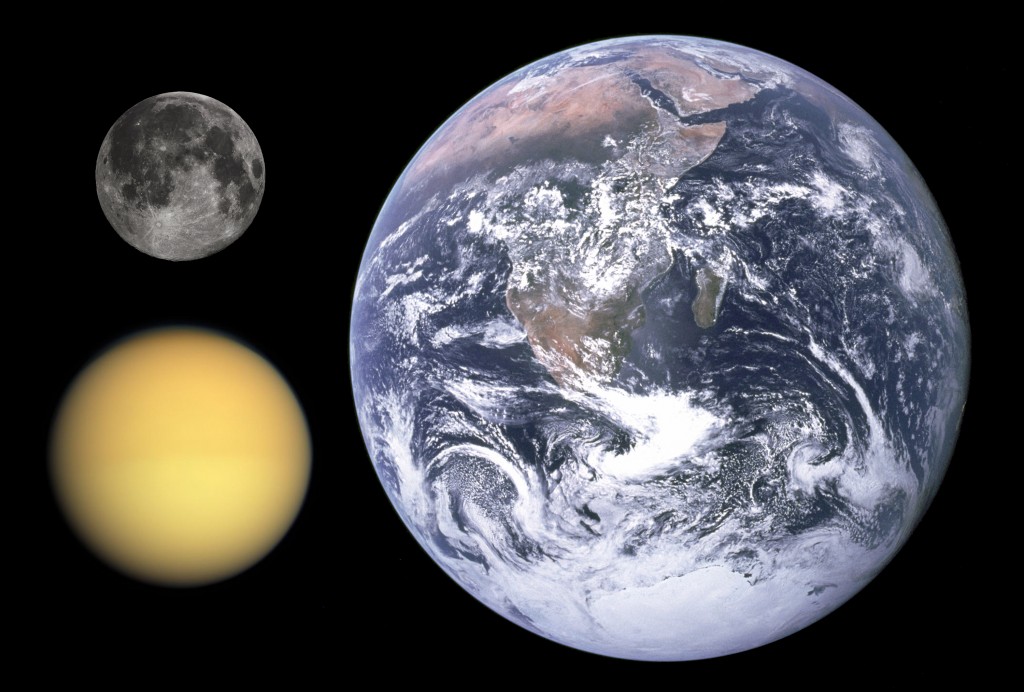 The surface of Saturn’s moon, Titan is covered with methane lakes.

Recent data provided by the European Space Agency’ Cassini spaceship enables scientists to explain why it rains only in summer on Saturn’s Titan moon. Based on the recent images sent on Earth, the celestial body is losing large amounts of hydrocarbons and nitriles every day causing the dissolution of its surface.

Saturn’s Titan moon is now in the spotlight as scientists could soon get more information on its activity and its structure. The first discovery that the scientists at the European Space Agency made on Friday was that Saturn’s moon has polar winds that are similar to the ones on the Earth.

This finding has pushed researchers to look for more similarities between the two planets. They have, thus, discovered that polar winds are formed whenever the light of the sun meets the atmosphere of Titan. Apparently, positively charged electrons called photoelectrons are released into the space whenever the Sun’s electromagnetic field clashes with Titan’s ionosphere; thus, giving birth to polar winds.

The surface of the moon could be even more interesting than scientists believed as it is covered with liquid methane rivers and seas. Saturn’s moon is too cold to feature water, but is highly favorable for liquid methane, on the other hand.

According to researchers at the University College London, Titan holds meteorological phenomena that are similar to the ones on Earth. For that matter, liquid methane and ethane rain on the surface of the stellar formation, especially during the months of summers.

Once on the surface of the moon, the liquid methane gathers in river and sea-like forms that erode Titan. The process by which these methane lakes are formed is the same as the one that usually leads to ‘karstic’ shapes on Earth.

This means Titan’s liquid methane lakes are in fact sinkholes that have been formed through surface erosion and dissolution. By comparing the evolution rates of Titan’s sinkholes to the ones on Earth, scientists have reached the conclusion that Titan is 30 times slower than the Earth.

Saturn’s moon is evolving at a very low rate, were we to compare it to the Earth. The major factors for this slow speed are the fact that liquid methane only rains in the summer months and the fact that Titan’s astronomical year lasts longer than the one on Earth.

Scientists have concluded the study by identifying dissolution as the main process contributing to Titan’s landscape. Lower latitude lakes, however, could take approximately 375 million years to form, given the above mentioned factors.

The findings of the new research have been published in the Journal of Geophysical Research.