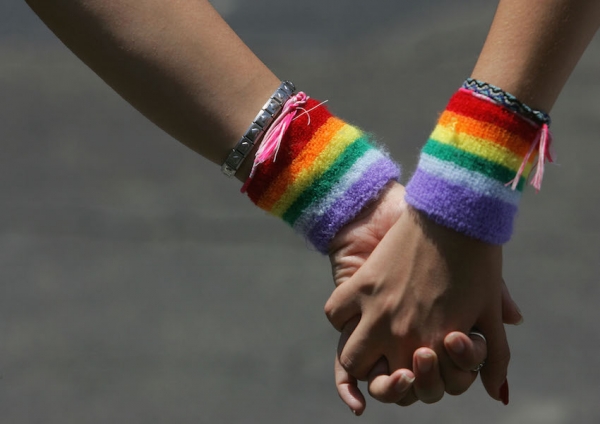 The Lesbian, Gay, Bisexual and Transgender (LGBT) community announced on Friday that UCSF researchers will use new iPhone app to conduct massive LGBT health study among its members. The initiative has been long praised by advocates, who think the experiment might help them identify and solve the health problems of the gay community.

Homosexuals’ society has come a long way due to the many rights that are now being granted to them. Yet, medical experts at the University of California, San Francisco think there are still many aspects that have remained unanswered.

They have argued that many members of the gay community present health particularities that cannot be explained because the data is not sufficient. For instance lesbian women tend to have more weight problems than regular women and scientists cannot say why.

The smartphone producer, Apple has always been a strong supporter of the LGBT group particularly since CEO Tim Cook announced that he has gay pride. As a consequence, the tech company has designed a ResearchKit app that will serve as a means of investigation for the said study.

Medical experts confirmed on Friday afternoon that 11,000 respondents have signed up for the research program in just one day, so the medical survey could be the largest study to have ever been carried out in the history of medicine.

Among the issues that researchers will try to address are also some of the most poignant health problems of the century. According to investigators, the survey will contain many questions related to HIV/AIDS, cancer, weight and mental affections.

The gathered data will be used to determine whether there is any link between the aforementioned health diseases and the members’ sexual preferences. The representatives of the PRIDE movement were not at all bothered by the initiative of the health experiment.

On the contrary, they think the study could bring viable solutions for the gay community. They dare to hope that medical services and health insurances will better respond to the needs of the LGBT group.

Participants, too, have shown all their support for the health program. Their PRIDE has pushed them to take part in the experiment that could bring them many more benefits and rights in the future. Individuals, who have not yet acknowledged their sexual orientation, appreciated the opportunity that the study has given them, too, as the iPhone app keeps their identity safe.